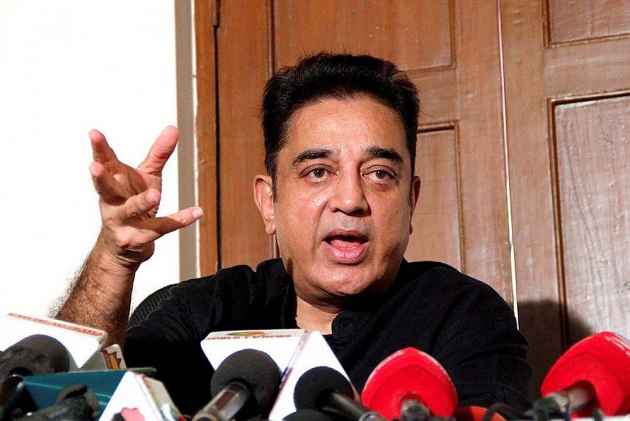 National Commission for Women (NCW) Chairperson Lalitha Kumaramangalam on Friday said that a suo moto action will be taken against Tamil superstar Kamal Haasan for revealing the name of the Malayalam actress in front of the media, who was abducted and sexually assaulted in February.

"Will take a suo moto action against Kamal Haasan. We will soon send a notice," Kumaramangalam said.

Haasan, recently, in a press conference, revealed the name of the Malayalam actress who was abducted and allegedly sexually assaulted in February, adding there is nothing wrong in letting the world know the victim's name.

"Why is it the safety of women in the film industry alone? A female's presence in the crowd is important to me and I will not let anything happen to her. It's our duty to see if you are safe. It is not just about actresses. We are not supporting her (mentions the name), because she is an actress," Haasan said.

On being pointed out that he shouldn't be naming her, he said, "It doesn't matter if I have used the name. The media itself have used her name. Do not hide the name as there is nothing wrong with it. If you want to call her Draupadi, call her that. Don't refer to her as 'a female'," he asserted.

Haasan was addressing the media regarding a complaint raised by a fringe Hindu Group over the ongoing Tamil reality TV show, 'Bigg Boss,' which he hosts.

The popular Malayalam actress, who has worked in Tamil and Telugu films, was abducted and allegedly molested inside her car for two hours by the accused, who had forced their way into the vehicle on February 17 and later escaped in a busy area here.

"Societal values being harmed. We'll vandalise cinemas that feature Kamal Haasan's movies if he is not stopped from hosting," Hindu Makkal Katchi said.

Earlier on Wednesday too, the HMK complained that the contestants' portrayal in the show is a statement of disrespect towards the Tamil values.

The complaint, filed with the Chennai Commissioner, seeks arrest of the 'Chachi 420' actor, followed by an arrest of all the 14 participants of the show, for tarnishing the reputation of the State and its culture.

According to the HMK, this show is responsible for segregating the Indian people and deteriorating the sense of cultural values among the Indians. (ANI)