'Kejriwal's 'Increasing Dalit Attack' Rhetoric an Outburst Out of Non-Deliverance' 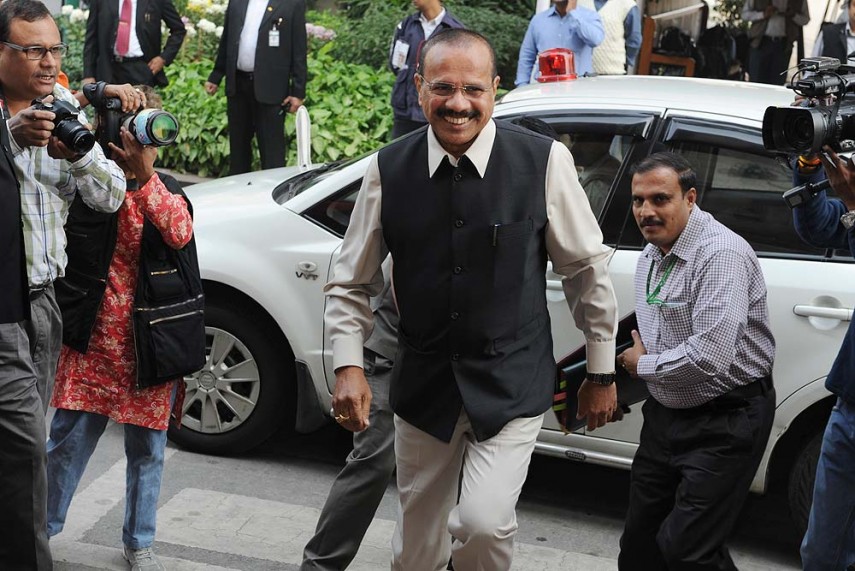 Print
A
A
A
increase text size
Outlook June 11, 2016 19:04 IST 'Kejriwal's 'Increasing Dalit Attack' Rhetoric an Outburst Out of Non-Deliverance'

Taking potshots at Arvind Kejriwal, Union Minister D V Sadananda Gowda today said the AAP chief's complaint to President Pranab Mukherjee over alleged increasing attacks on Dalits and minorities under the Modi government was nothing but an outburst from a Chief Minister who has failed to deliver on poll promises.

"He (Kejriwal) is very much upset and frustrated because he is not able to deliver on promises made to the people of Delhi, and hence he is making such baseless comments of increasing attacks on Dalits and minorities," he told PTI.

Kejriwal is also upset over some of his leaders being involved in criminal cases and some others sent to jail, he said.

"His own party people have indulged in so many criminal cases. They have been sent to jail," he said.

The Delhi Chief Minister had yesterday called on the  President and had sought his intervention on the issues of  "increasing attacks on Dalits and minorities".

"Persons who are holding some responsible positions should express their views in such a way that it should be backed with documentary evidence," he said.

Quoting from the recently released National Crime Bureau report, Gowda said in the last two years, attacks on Dalits and minorities has dwindled considerably, and Kejriwal cannot give his own accounts, which has become his habit.

"From past two years, atrocities against minorities and Dalits has gone down to a considerable level. He (Kejriwal) should speak on the basis of records available in the public domain. He can't simply have his own accounts. This has  become a habit," he said.

Asked about Rahul Gandhi's visit to Punjab to raise drug menace issue in the state, Gowda said his visit would only prove to be the "death knell" for Congress, for wherever he has visited his party has lost elections, including in the just concluded Kerala, Assam and West Bengal assembly polls.

"People have the right to judge all these things (drug  menace), and wherever Rahul has gone, he has come out as a  zero-achiever, including in the recently concluded polls of  Assam, Kerala, Tamil Nadu and West Bengal," he said.

"The people of Punjab will certainly give the final blow to Rahul Gandhi, and if at all he is made party president, Congress can count on last days of survival," he said.

Asked to comment on senior Congress leader Digvijay Singh's comment blaming BJP for hatching a conspiracy to defame Congress government over the Anupama Shenoy resignation issue, Gowda said, "We are not ruling, Congress is the ruling  party. How can BJP control a state officer who is under the  control of the state government?"

Gowda alleged that the upright police official was repeatedly harassed, mostly by Congressmen, who were indulging in illegal activities.

"This is not the first time she has repeatedly been  harassed because she is a very straightforward officer and  used to expose illegal activities committed by the people  across the state. Most of them are Congress people," he said.

Shenoy, a Deputy Superintendent of Police in Ballari district, had resigned recently after being at loggerheads with Labour Minister Naik, also the district in charge.