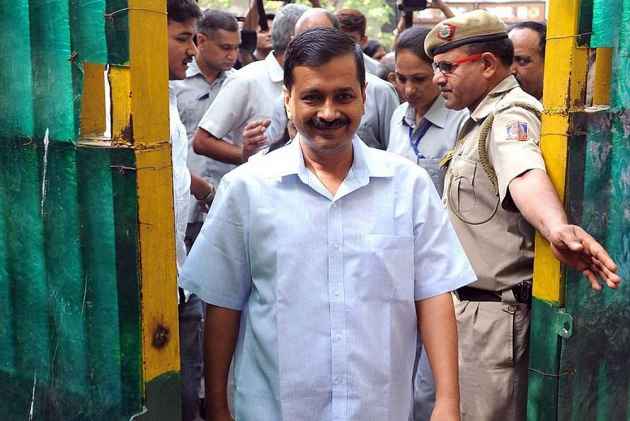 Ratcheting up his attack on Arvind Kejriwal, sacked minister Kapil Mishra today alleged that the Delhi chief minister went to his office just twice in the last year.

Mishra, who levelled corruption allegations against Kejriwal a week ago, also approached the Central Board of Direct Taxes (CBDT) to file a complaint over alleged irregularities in the AAP's funding.

"He is the only chief minister who seldom goes to work... to not have any department ... Who takes maximum leaves ... who seldom meets his people. And soon he will be the only CM to have maximum number of corruption cases against him," Mishra said in his blog and dared Kejriwal to prove him wrong.

"Does he have the guts to present his performance report card before the people. He only has criminal silence on his face," he said.

Elaborating on the CBDT complaint, Mishra said, "I have given a compliant with regard to money laundering in the AAP and the use of black money through shell companies in Kejriwal's direct knowledge."

Taking a jibe at Kejriwal after he visited a theatre to watch Sarkar 3 yesterday, Mishra said the chief minister stepped out of his residence after many days.

Meanwhile, Sanjeev Jha, another AAP MLA who was on a fast at the Jantar Mantar since May 12 to oppose allegations levelled by Mishra against Kejriwal, ended his protest today.