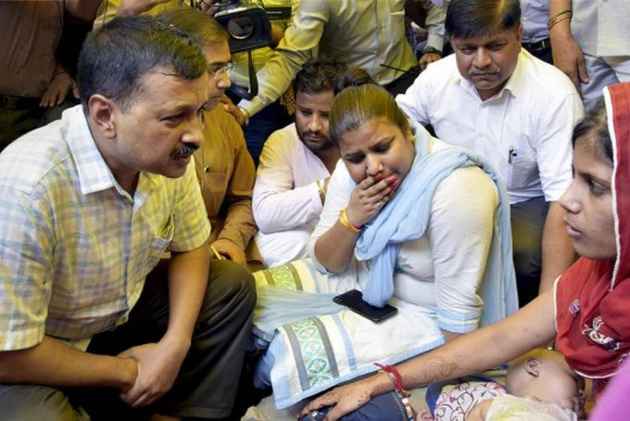 Print
A
A
A
increase text size
Outlook August 13, 2017 16:27 IST Kejriwal to Review Preparation of Delhi Hospitals in The Wake of Gorakhpur Incident

In the wake of the death of several infants at a medical college in Uttar Pradesh's Gorakhpur, Delhi Chief Minister Arvind Kejriwal has decided to hold a review meeting with the city's health officials .

Medical superintendents of state government-run hospitals, senior health department officials will be present in the meeting, to be held on August 16, where the chief minister will undertake a stock-taking exercise.

The medical superintendents have been asked to prepare status reports on stock of medicines, diagnostic equipments, which will be reviewed in the meeting, a Delhi government spokesperson said.

At least 30 infants died in a span of 48 hours since August 10 at the Baba Raghav Das Medical College at Gorakhpur, which coincided with an alleged shortage in supply of liquid oxygen.

The Yogi Adityanath government has, however, rejected suggestions that the deaths were linked to the shortage.