Kejriwal Has Dashed All My Hopes, Will Never Support Him: Anna Hazare 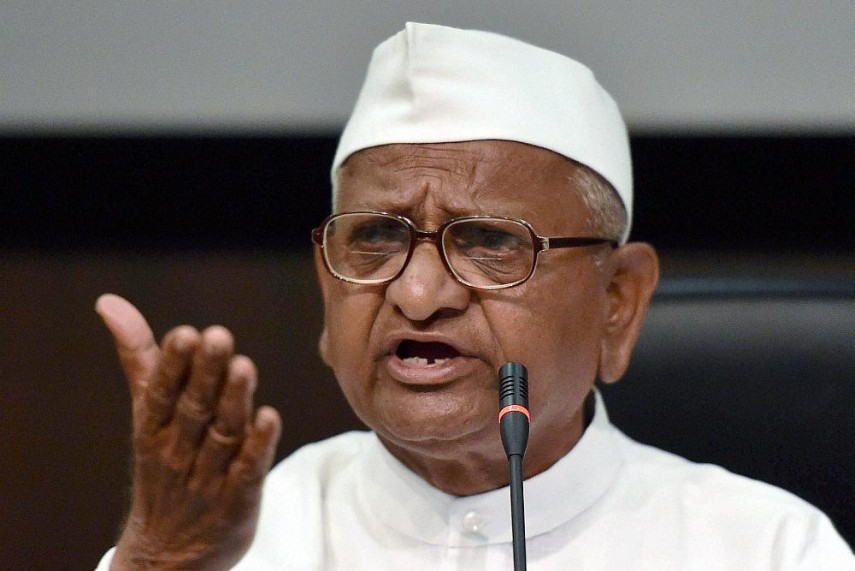 Print
A
A
A
increase text size
Outlook April 08, 2017 10:32 IST Kejriwal Has Dashed All My Hopes, Will Never Support Him: Anna Hazare

Social activist Anna Hazare today said Delhi Chief Minister Arvind Kejriwal has violated laws and the Constitution, and declared he will never support what the AAP leader has done.

"He (Kejriwal) has dashed all my hopes," Hazare said, reacting to the Shunglu committee report which indicted the Kejriwal's government for bypassing law, nepotism and financial irregularities.

"I am pained by the Shunglu committee report because Arvind was with me in the fight against corruption. I had great hopes from the young and educated Kejriwal and felt that young people like him will create a corruption-free nation," Hazare said in a statement issued at his village Ralegan Siddhi in Ahmednagar district.

"But he has dashed all my hopes," Hazare said, adding he was pained to read about the allegations against Kejriwal in the Shunglu Committee report.

"He was my colleague in the fight against corruption. Then, I felt the educated, new generation could help rid the country of graft. But it was a big dream and it lies shattered," Hazare said.

"When Kejriwal launched the Aam Aadmi Party, it was the Lord who gave me wisdom to keep away (from him) or even my reputation would be ruined," Hazare said.

"Even after he became the chief minister, I never felt a desire to meet him. Now, I understand why he always used to address me as his 'Guru'. The Lord has saved me," the 79-year-old said.

Kejriwal has forgotten all principles in the pursuit of power, Hazare said.