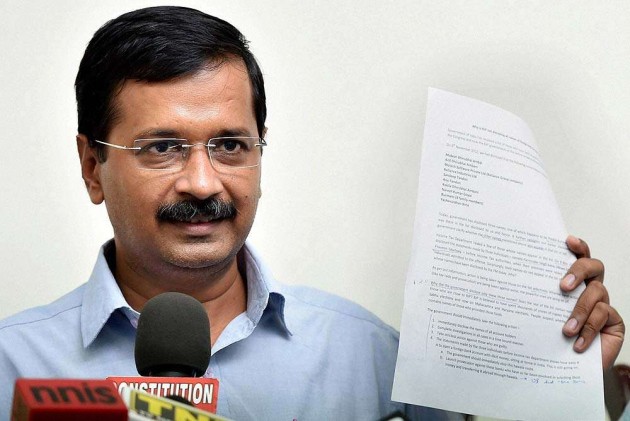 As Delhi Lt Governor began the consultation process to end the political uncertainty in the capital, the Aam Aadmi Party today sought to know from him BJP's "stand" on the issue before meeting him.

In a letter to Lt Governor Najeeb Jung, AAP Chief Arvind Kejriwal said he would like to know the stand taken on government formation by BJP, the single largest party in the Assembly.

Kejriwal's communication to the Lt Governor came soon after Jung invited the AAP chief for consultation on possibility of formation of an elected government in Delhi.

"I am sure you would already have had a discussion with BJP, which is the single largest party. I would be grateful if you could tell us what is their 'formal' stand on this issue," Kejriwal wrote.

Jung had called the AAP for talks at 2 PM and Kejriwal sought postponement of the meeting citing prior commitments.

The Lt Governor invited BJP, Congress and AAP for talks, in fresh efforts to install an elected government in Delhi.

The AAP and Congress have been demanding dissolution of the Assembly and holding of fresh polls.

"LG should first 'formally' invite BJP (largest party), seek their 'formal' stand, make it public, then invite next party, the way he did in December," Kejriwal tweeted later.

In another tweet, the AAP leader said, "BJP has conveyed 'informally' to LG and media that they are not in a position to form government in Delhi. What is BJP's 'formal' stand?"