Kejriwal, Amarinder Engage in War of Words on Twitter 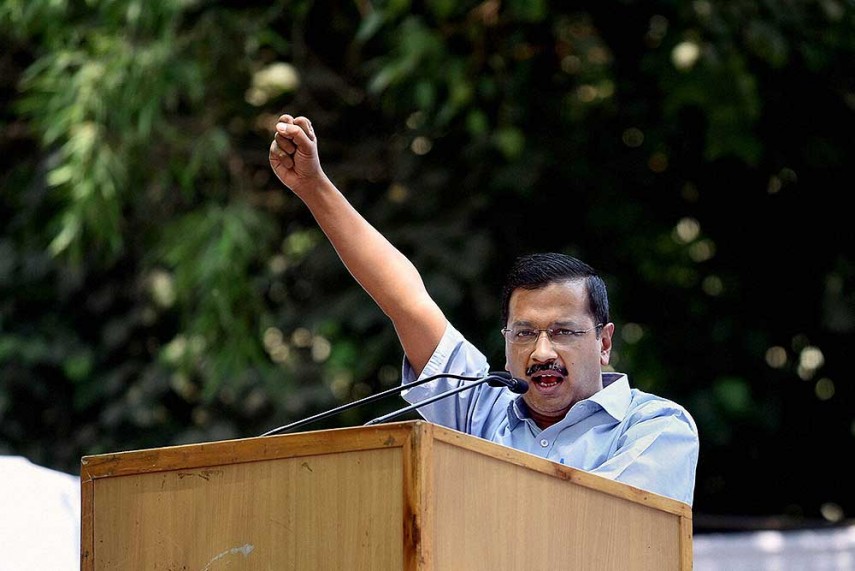 Print
A
A
A
increase text size
Outlook October 24, 2016 14:56 IST Kejriwal, Amarinder Engage in War of Words on Twitter

Singh put out a stinging response to Kejriwal, saying he was "hallucinating" and seeing things that "don't exist". The two leaders have been increasingly trading barbs on Twitter as the Assembly election nears.

"Sir, ppl talking in Punjab that u using (Bikram Singh) Majithia's drug money in ur campaign. Is it true? U had saved him from CBI enquiry 3 yrs back (sic)," Kejriwal tweeted. 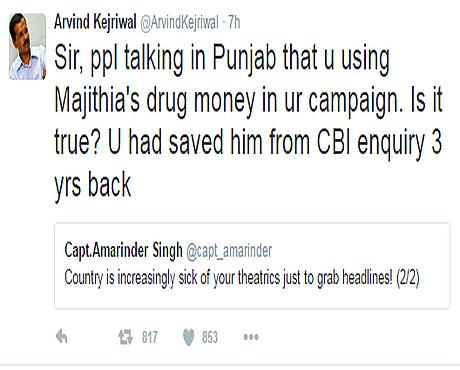 The Punjab Congress chief was quick to respond, saying Kejriwal was "seeing stars during the day".

"When your hopes crash from 100 to 30 & still sliding, you're bound to hallucinate & see things that don't exist," Singh tweeted.

Kejriwal has been alleging a "nexus" between Congress and the ruling Akalis in poll-bound Punjab. He has dubbed Singh their "joint chief ministerial candidate".

"Sir, Badals closed corruption cases against u just a few months before elections. Why? Punjab asking what's the deal?" Kejriwal had tweeted yesterday, responding to which Singh asked the AAP chief to "set his own house in order, before he sets his sights on Punjab".

Kejriwal was referring to Punjab Vigilance Bureau's clean chit to Singh in his alleged role in the Amritsar Improvement Trust land scam case.