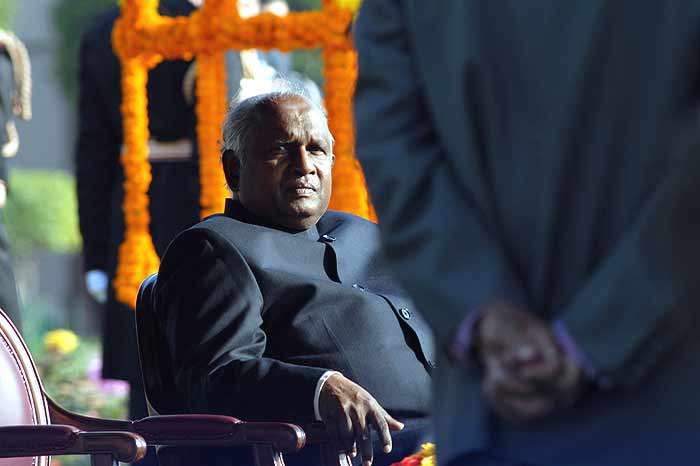 Former CJI K G Balakrishnan today hit back at Press Council of India chairman Markandey Katju, terming as "completely baseless" his allegations that he and two other ex-CJIs made "improper compromises" in retaining a Tamil Nadu judge under corruption cloud during UPA rule.

Wondering why Katju, a former Supreme Court Judge, raised the issue after so many years, Balakrishnan said the concerned judge, who has passed away, was given extension strictly following the laid down procedure and that it was not done under any pressure from any quarters.

"It is completely baseless. It is not factually correct," the former Chief Justice of India, who is one of the three CJIs Katju had accused of improper compromises, told PTI.

"In confirmation of a judge, what is improper compromise .... After 10 years, he makes these (allegations) and that too when that gentleman is no more," Balakrishnan said.

Katju alleged that the three former CJIs--Justices R C Lahoti, Y K Sabharwal and K G Balakrishnan--made "improper compromises" and "succumbed to political pressure" in allowing the judge to continue despite an "adverse" Intelligence Bureau (IB) report on allegations of corruption against him.

Balakrishnan, currently chairperson of National Human Rights Commission, however, said there were allegations against the judge that he had some "acquaintances" with the ruling party in Tamil Nadu and that is why he had transferred him to Andhra Pradesh.

Asked about the IB report mentioned by Katju, he said he was not aware of it.

"There is no political pressure or anything of that sort or any corruption."

Justice Balakrishnan said it was for the High Court Chief Justices to assess quality of work of any judge in case of his confirmation or extension.

"All confirmation is done only after receiving a satisfactory report from the Chief Justice of the concerned high court. There is no other procedure. Unless we get such a report, no judge, additional judge would be confirmed as a permanent judge," Balakrishnan said.

He said extension to the judge in question was given on the basis of a report by the then CJI of the Tamil Nadu High Court.

On Katju's claim of IB report against the judge, he said such reports are sought when somebody is initially appointed a judge.

"I am not aware of (IB report). He (Katju) said it was sent to Justice Lahoti. Nothing of that sort. I have not come across any such report or anything," Justice Balakrishnan said.

Asked whether the issue should have gone to Supreme Court Collegium, he said the opinion of Chief Justice of particular High Court is taken in such matters.

"Earlier there was no practice of cases of confirmation going to Collegium," he said, adding because of these kind of allegations, now certain cases are sent to Collegium.

"Because of these kind of allegations, now I think they seek opinion of other members of the Collegium," he said.

Asked why he was making this disclosure several years after this episode, a rattled Katju said the timing was "immaterial" and instead the matter should be probed to find out whether it was correct or not.