Kashmir's Mirwaiz Cheers for Pak Again, Gambhir Suggests Him to 'Cross the Border' 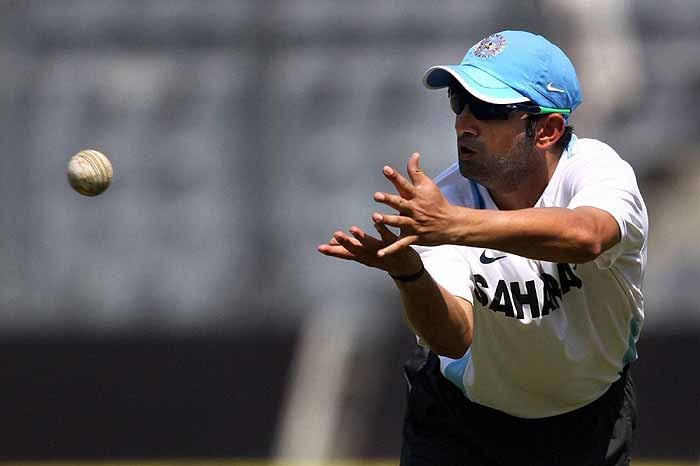 Print
A
A
A
increase text size
Outlook June 19, 2017 13:07 IST Kashmir's Mirwaiz Cheers for Pak Again, Gambhir Suggests Him to 'Cross the Border'

Veteran Indian opener Gautam Gambhir has suggested Kashmiri separatist leader Mirwaiz Umar Farooq to pack his bags and cross the border to go to Pakistan in an apparent jibe taken on him after he congratulated the Pakistan Cricket Team on their victory over Team India in the ICC Champions Trophy final held on Sunday.

Gambhir tweeted, "A suggestion @MirwaizKashmir why don't u cross the border? U will get better fireworks (Chinese?), Eid celebs there.I can help u wid packing."

A suggestion @MirwaizKashmir why don't u cross the border? U will get better fireworks (Chinese?), Eid celebs there.I can help u wid packing

Mirwaiz, a few days back too, had cheered for the Pakistan Cricket Team after their win over England in the first semi-final match of the ICC Champions Trophy.

The chairman of Hurriyat Forum tweeted, "As we were finishing taraweeh, could hear the fire crackers bursting, well played team #Paksitan. Best of luck for the finals!"

This tweet of his earned the ire of many, including political leaders, who asked the media and the people to ignore the comments made by 'anti-national elements like him.'

Meanwhile, fans of the Indian Cricket Team have not been pleased with India's defeat and the locals in Uttar Pradesh's Kanpur and Uttarkhand's Haridwar broke their TV sets and protested after Pakistan's win.

Pakistan yesterday came out with a splendid all-round performance as they defeated arch-rival India by 180 runs at The Oval to lift their maiden Champions Trophy title.

Chasing a challenging total of 339 runs, India bowed down before the Pakistani bowlers and got all out for a mere score of 158 runs in 33.3 overs.

The only standout performance came from all-rounder Hardik Pandya who raised hopes through his brilliant innings of 76 off 43 balls after the team after they were reduced 72 for the loss of six wickets went in vain. (ANI)