'Kashmir Was One Of The Reasons Why I Quit As Defence Minister,' Says Manohar Parrikar 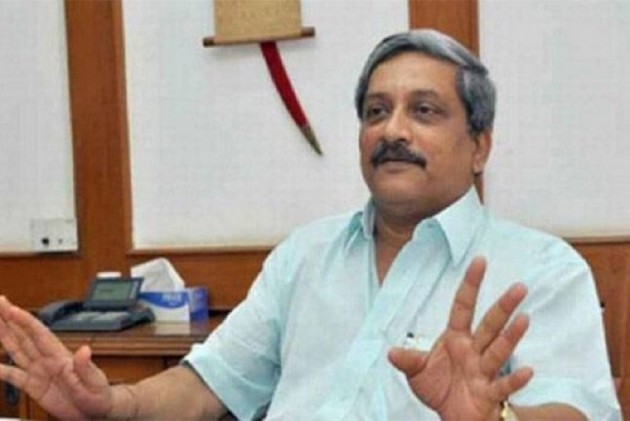 Print
A
A
A
increase text size
Outlook April 15, 2017 10:14 IST 'Kashmir Was One Of The Reasons Why I Quit As Defence Minister,' Says Manohar Parrikar

Goa chief minister Manohar Parrikar on Friday said the pressure of some key issues, like Kashmir, was one of the reasons why he opted to quit as the defence minister and return to the coastal state.

Parrikar was sworn in as the chief minister for the fourth time last month after BJP managed to stitch together a coalition after the assembly election in the state. Parrikar, who held the cabinet position, resigned from the post to take up the chief ministership.

“The pressure of the issues like Kashmir while working as defence minister in Delhi was one of the reasons why I chose to come back to Goa,” Parrikar said while addressing a gathering on the occasion of the 126th birth anniversary of Dr BR Ambedkar.

“I chose to come back to Goa when I got an opportunity to do so. When you are in the Centre, you have to tackle issues like Kashmir and others... Delhi is not my area of operations (and) that is why I used to feel under pressure,” he added.

The former Union minister said that resolving the Kashmir issue was not an easy task and needed a long-term policy.

“It is not so easy to solve the Kashmir issue... you require a long-term policy,” he said.

“There are a few things, which need to be discussed less... There should be less discussion and more action..., because when you sit for discussion the issues get complicated,” he added.

Parrikar’s comments come at a time there is mounting bitterness between civilians and security forces in the Valley. The latest trouble was sparked during the Srinagar bypolls when violence broke out. In the past two days, videos have also surfaced on social media – one which purportedly shows CRPF personnel being roughed up, and another which shows a man tied up in front of jeep, allegedly by armed forces who used him as a human shield against stone pelters.