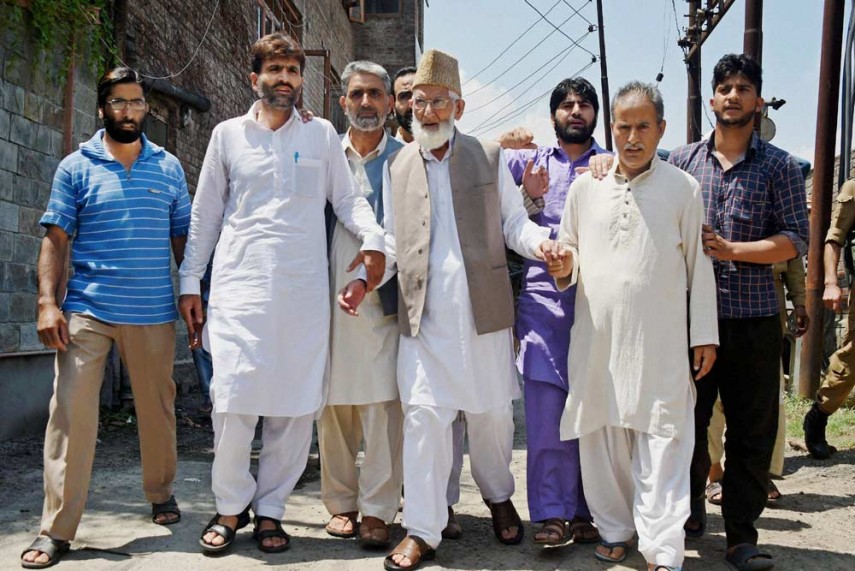 Authorities today scuttled plans of separatist leaders Syed Ali Shah Geelani and Mirwaiz Umer Farooq to take out a march here as both were detained just when they tried to leave their residences where they are under house arrest.

Geelani, chairman of hardline Hurriyat Conference, was taken into custody as he tried to defy the house arrest orders, a police official said.

He said Mirwaiz, chairman of moderate faction of Hurriyat Conference, also tried to take out a march along with his supporters from his Nigeen residence but was taken into custody.

The separatists, who are spearheading the ongoing agitation in Kashmir, had asked people to march to Eidgah in old Srinagar for an "Azadi" rally.