Kashmir: Police Arrests 500 in an Attempt to End Protests in Valley 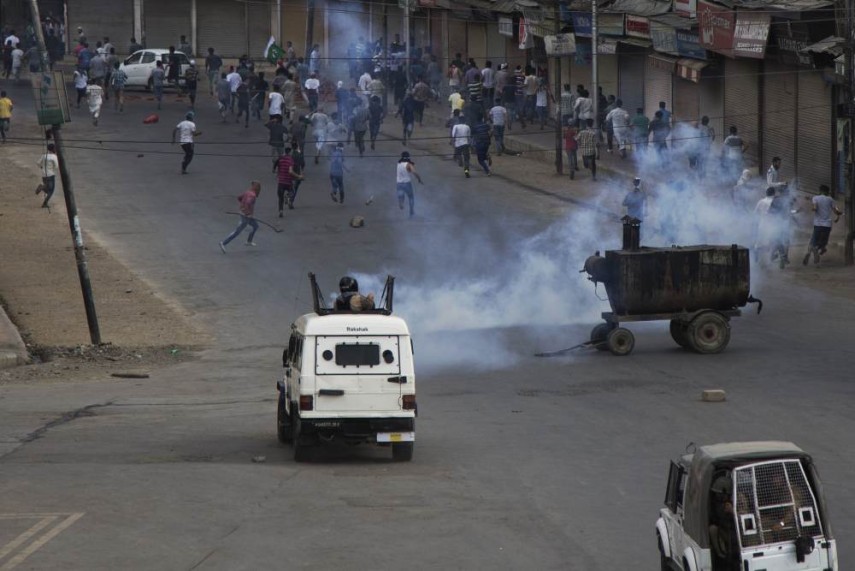 In a bid to end street protests, police have launched a massive crackdown against "hooligans and miscreants" in Kashmir and arrested nearly 500 youth from across the Valley.

"In its continuous drive against hooligans and miscreants, 349 accused persons have been arrested in the Valley," a police spokesman said.

The spokesman said 122 persons have been detained under "prohibitory provisions of law".

More than 50 persons have been killed, including two policemen, and nearly 6000 others injured in the ongoing street protests in Kashmir since the killing of Hizbul Mujahideen commander Burhan Wani and his two associates in an encounter with security forces on July 8.

Initially, the authorities imposed curfew across the Valley to curb the protests but the strategy failed as more and more people took to the streets.

A senior police official said the security agencies are using video footage and photographs to pinpoint the "trouble mongers and instigators" among the protestors.

"We have deployed some personnel in uniform equipped with cameras for recording the incidents of stone pelting and pinpoint those instigating the protests during the analysis of the footage available," the official said.

He said once the accused person is identified, he is arrested "at an appropriate time".

However, the official admitted that many of the wanted youth are still at large as they are not staying with their families any more.

"They keep shifting from one place to another but efforts are on to nab them as soon as possible".

The modus operandi adopted by the security forces is to conduct nocturnal raids for apprehending the accused persons, a move which has come in for criticism from the separatist camp.

The separatists have accused the security forces of "harassing peaceful protestors" under the garb of maintaining law and order.