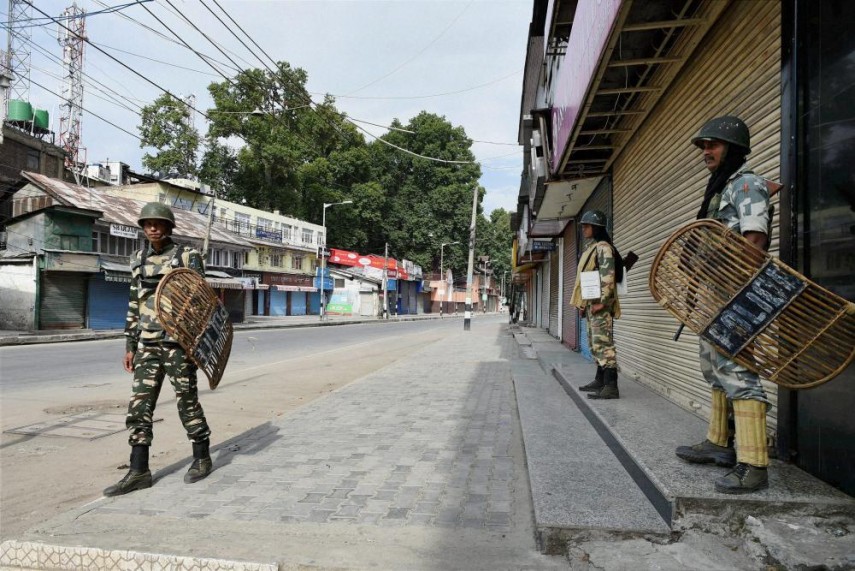 Curfew remained in force today in Rajouri town of the district after members of two communities indulged in stone-pelting following rumours of an alleged sacrilegious act.

Police said situation is under control in the border district of Jammu and Kashmir, where curfew was imposed last night after tension prevailed.

Rajouri District Magistrate Shabir Ahmed Bhat said that camel meat was recovered from some passengers in a commercial vehicle which led to spread of rumours, following which clashes erupted in some parts of Rajouri town, prompting the district administration to impose curfew to avoid any loss of life and property.

However, he said that there was no incident of sacrilege.

"Curfew remains imposed in Rajouri town. The situation is tense but under control. There were some incidents of damage to business establishments and heavy stone-pelting during the night" IG Johny William, who is in charge DIG range Rajouri-Poonch, told PTI.

An investigation has been initiated into the incident by the police, under SSP Rajeshwar Singh.