Kasab Asking For Biryani in Jail Was a Myth: Prosecutor 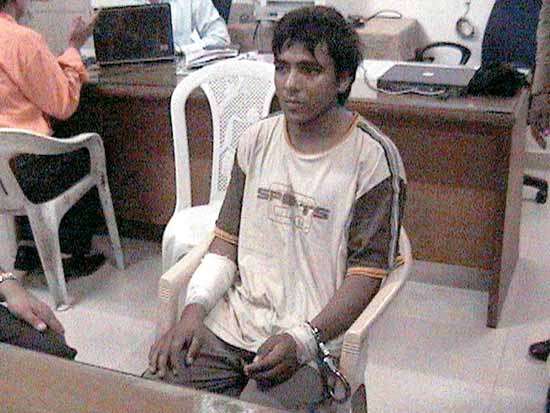 Print
A
A
A
increase text size
Outlook March 20, 2015 19:46 IST Kasab Asking For Biryani in Jail Was a Myth: Prosecutor

26/11 Mumbai terror attack accused Ajmal Kasab's demand for Mutton Biryani in jail was just a myth and was "concocted" to stop an "emotional wave" which was being created in favour of the militant, claimed Ujjwal Nikam, public prosecutor in the case.

"Kasab never demanded Biryani and was never served by the government. I concocted it just to break an emotional atmosphere which was taking shape in favour of Kasab during the trial of the case," Nikam told reporters on the sidelines of international conference on counter-terrorism here.

"Media was minutely observing his body language and he was well aware of it. One day, in the court room, he bowed his head and wiped his eyes.

"Moments later, electronic media broke the news-- tears in Kasab's eyes. It was Raksha Bandhan that day, and panel discussions were started in the media on it.

"Some guessed Kasab got emotional in memory of his sister and some even went on to question whether he was a terrorist or not," Nikam said.

"This kind of emotional wave and atmosphere was needed to the stopped. So, after that, I gave a statement to the media saying Kasab has demanded Mutton Biryani in the jail," he said.

Nikam said that when he told this to the media, again panel discussions were started and the media highlighted that a dreaded terrorist was demanding Mutton Biryani in jail while "the truth is that Kasab neither asked for Biryani nor it was served."

Nikam said that he during a session in the ongoing conference also disclosed this to the audience.

Pakistani terrorist Kasab was hanged to death in November 2012 nearly four years after the November 2008 attack in which he had killed scores of people.