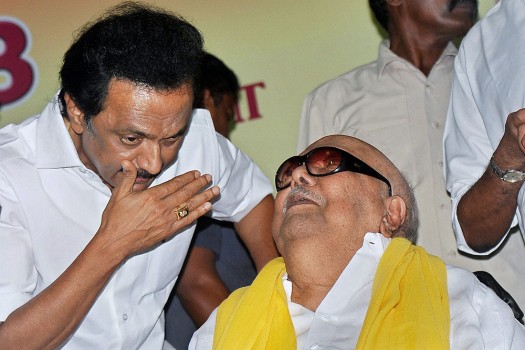 Ailing DMK leader M Karunanidhi is "improving" and his discharge from a private hospital will be decided in a day or two, his son and party treasurer M K Stalin said today.

Karunanidhi's "health is improving well. A decision on his returning home will be taken in a day or two," Stalin said in response to reporters' queries.

Karunanidhi was admitted to Kauvery Hospital here on the night of December 15 due to breathing difficulty caused by lung and throat infection. He later underwent a tracheostomy.

Stalin earlier greeted party General Secretary and the No 2 in the ranks, K Anbazhagan, on turning 95, and heaped encomiums on him.