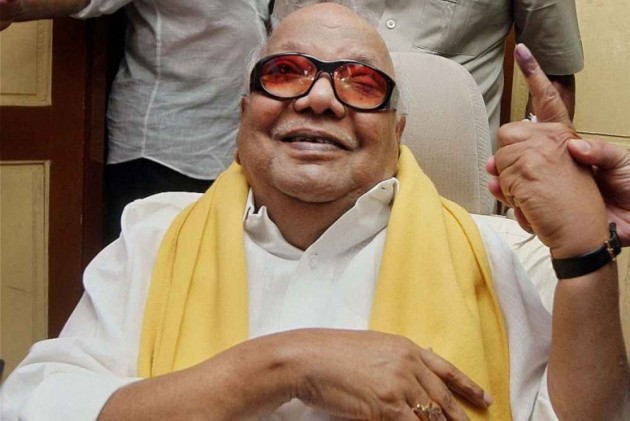 DMK President M Karunanidhi on Wednesday said the ruling AIADMK's win in all three Tamil Nadu Assembly seats where polls were held on November 19 was not surprising as the party had "misused" authority and money power to engineer an "artificial victory".

"There is no surpise or anything new in the ruling AIADMK's win in the three constituencies in Tamil Nadu. DMK's hard work could not stand before misuse of authority and money power," he said.

Karunanidhi alleged that "money power has once again won" in Tamil Nadu. "Therefore this is an artificial victory," he said in a statement.

He also congratulated his "dear friend", Puduchery Chief Minister V Narayansamy for leading the ruling Congress there to a "massive win" in the Nellithope bypoll.

Continuing its electoral dominance over arch rival DMK amidst hospitalisation of its supremo and Chief Minister J Jayalalitha, AIADMK on Tuesday romped home in Thanjavur and Aravakurichi polls as well as the Thiruparankundram bypoll.

AIADMK had wrested the Aravakkurichi seat from DMK and retained Thanjavur and Thiruparankundram by margins ranging from more than 20,000 to 42,000 votes, dealing a blow to its Dravidian rival.