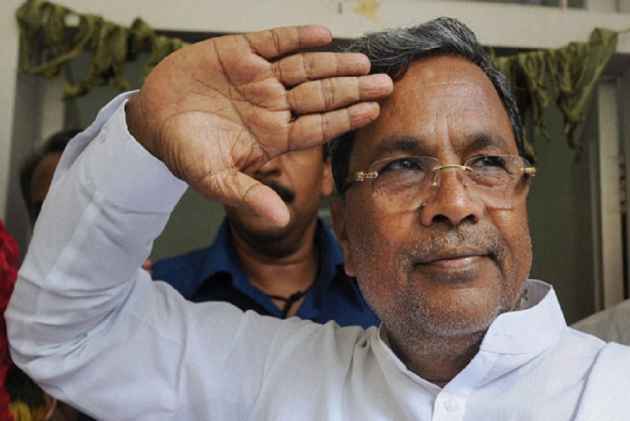 The Karnataka government has  formed a nine-member committee to submit a report on designing a separate flag for the state and providing a legal standing for it, with Chief Minister Siddaramaiah defending the move saying there is no constitutional provision against it.

If the flag comes into being, Karnataka will be the second state to have its official flag after Jammu and Kashmir, which enjoys a special status under Article 370 of the Constitution.

The committee, headed by the principal secretary, Department of Kannada and Culture, was set up last month after a representation from noted Kannada writer and journalist Patil Puttappa, and social worker Bheemappa Gundappa Gadada.

Puttappa and Gadada in their representation had requested the government to design a separate flag for 'Kannada Naadu' and accord it legal standing.

The panel comprises secretaries to the departments of Personnel and Administrative Services, Home, Law and Parliamentary Affairs, as also president of Kannada Sahitya Parishat, chairman of Kannada Development Authority, and vice-chancellor of Kannada University, Hampi, as its members.

The Director of Department of Kannada and Culture will be the member secretary to the committee.

The un-official but widely regarded red and yellow 'Kannada flag' that is hoisted in every nook and  corner of the state on November one every year to commemorate state formation day and used in the form of a scarf by Kannada activists was designed by Veera Senani Ma.Ramamurthy in the 1960s.

The Siddaramaiah government's move to form a committee is being considered as a departure from the stand taken by the earlier BJP government.

The D V Sadananda Gowda led BJP government in 2012 had informed the Karnataka High Court that it has not accepted the suggestions to declare the bi-colour Kannada flag as the  state's official flag, as having a separate flag would be  "against the unity and integrity of the country."

Asked about the panel by reporters today, Siddaramaiah sought to know if there was any provision in the Constitution which prohibits the state from having its own flag

On taking the step ahead of the state assembly polls, he said, "Election will be in the month of April-May not now, not tomorrow, not next month."