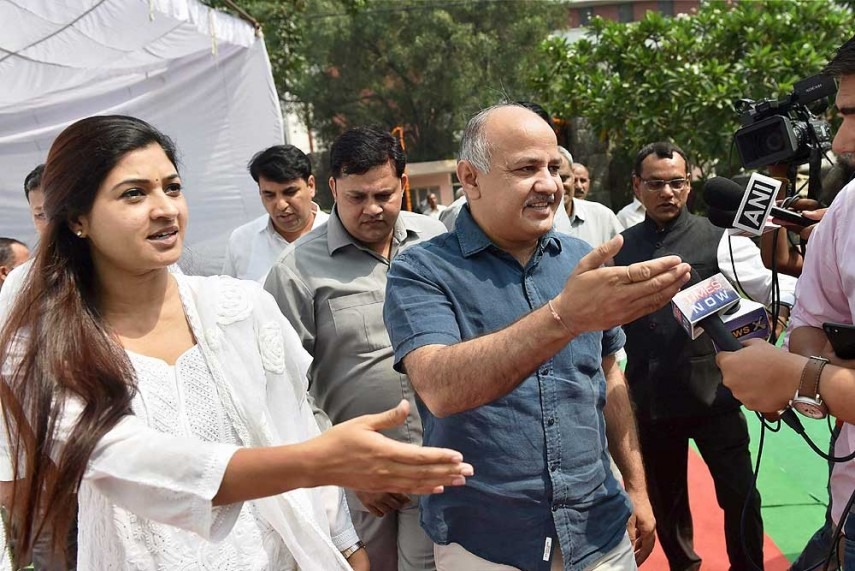 He levelled the charge when asked that why Delhi Chief Minister Arvind Kejriwal was not coming forth with a clarification on the charges levelled against him by Mishra.

"We have just got the information that Aam Aadmi Party (AAP) MLA Sanjeev Jha has been detained who also wanted to sit on a hunger strike demanding Mishra to provide proof of his allegations against Kejriwal," said Sisodia.

"This shows that one hunger strike (of Kapil Mishra) has been the backing of the BJP and police protection," alleged Sisodia.

He added that if Mishra couldn't provide proof to back his allegations then one could only laugh at his charges.

However, Delhi Police explained the reasons of Jha's arrest and said he was detained as he didn't obtain the permission to hold a hunger strike outside Kapil Mishra's residence.


After Mishra was sacked from Delhi Cabinet, he has waged an open war against the AAP and Kejriwal.


He also created ripples when he claimed that he had seen Kejriwal accepting Rs 2 crore in cash from Delhi Minister Satyendra Jain. (ANI)

Continue FREE with Ads Pay Rs. 1 to Read Without Ads
READ MORE IN:
Manish Sisodia National
Next Story : Delhi Will Be Made Mosquito-Free, Says Kejriwal
Download the Outlook ​Magazines App. Six magazines, wherever you go! Play Store and App Store