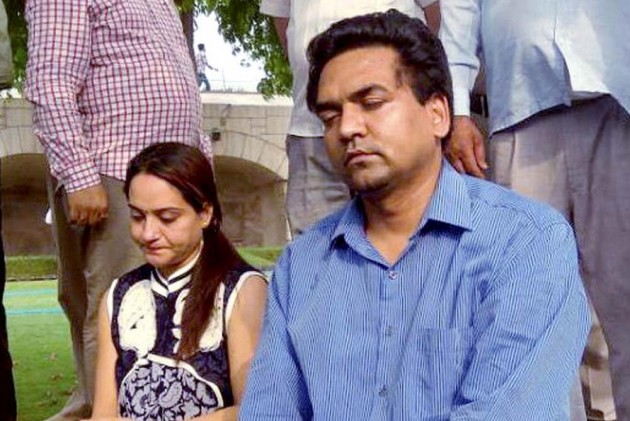 Print
A
A
A
increase text size
Outlook May 13, 2017 14:47 IST Kapil Mishra Still Fasts Four Days In, Turns Down Doctors' Advice To Get Hospitalised

The 'fasting' former Delhi minister Kapil Mishra on Saturday turned down the advice of the doctors to get hospitalized, as his hunger strike entered its fourth day today.

The doctors who did a medical checkup of Mishra told media, "We have advised him to get admitted into hospital immediately, but he has refused to do so. We have also advised him to increase the intake of water."

They said that "despite fasting, Mishra's blood pressure and sugar levels are normal, but we have taken the blood samples to conduct more tests".

After Mishra was sacked from Delhi Cabinet, he has waged an open war against the AAP and Kejriwal.

He also created ripples when he claimed that he had seen Kejriwal accepting Rs 2 crore in cash from Delhi Minister Satyendra Jain. (ANI)