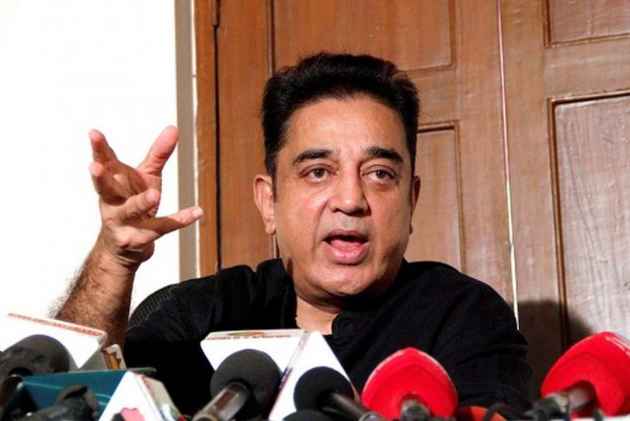 Under attack from the ruling AIADMK in Tamil Nadu, including Chief Minister E K Palaniswami, for his allegations of corruption in the government, filmstar Kamal Haasan has appealed to the public to digitally register instances of graft with the government.

In his first response to the dig at him by ministers, including Palaniswami, that he should take the political plunge to expect a response to his allegations, the 62-year- old actor said the day he expressed his voice against imposition of Hindi in the state, he had become an "amateur politician".

Responding to the ministers demanding proof regarding his charges of corruption in the government, Haasan said the entire state was making allegations in this regard, even as various media reports also pointed towards the same.

He said his detractors, "dear younger brother (D) Jayakumar (Finance Minister)", who wanted Haasan to take the political plunge, or the BJP's H Raja were not aware that he had already entered politics.

"The day I expressed my voice against imposition of Hindi, I had become an amateur politician," he said in a statement uploaded on his Twitter page.

Without naming anyone, Haasan said "those behind power" and "who forgot their responsibility by accepting money" were threatening action against him for tax evasion.

This was angering him and at the same time, he found it laughable, the actor said.