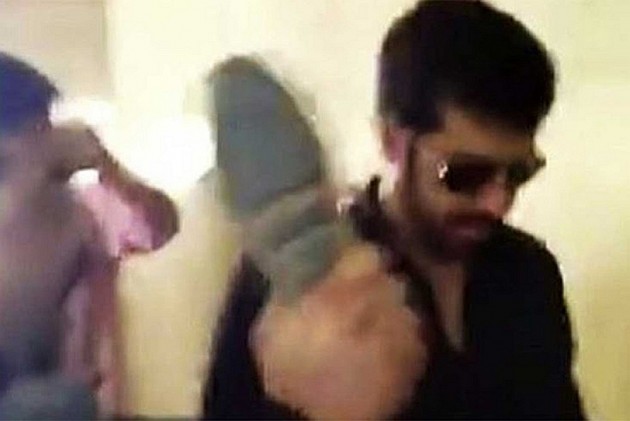 Bajrangi Bhaijaan director Kabir Khan faced an ugly situation at the airport here today when some protesters accosted him for showing Pakistan in bad light in his last film Phantom.

The director, 43, was in Karachi to attend a marketing seminar.

The incident took place when Kabir stepped out of his car at the Quaid-e-Azam international airport as he had to take a flight for Lahore.

The director was also confronted by a shoe-wielding protester in black shalwar kameez.

The angry protesters shouted 'Pakistan Zindabad' and anti-India slogans while confronting the director as he walked into the departure lounge.

They also asked Kabir why he did not make films about Research and Analysis Wing (RAW) activities in Pakistan.

Kabir did not react and proceeded towards the lounge.

Ironically, Kabir's other film Bhajrangi Bhaijaan did roaring business in Pakistan last year and was lauded by everyone for promoting Indo-Pak ties.

Phantom, starring Saif Ali Khan-Katrina Kaif, about a retired army officer who leads a mission to seek out and kill the terror masterminds including Jamaat-ud-Dawa (JuD) chief Hafiz Saeed, five years after the Mumbai terror attacks, was banned in Pakistan last year.

The director had defended his film during the seminar, insisting people misunderstood its purpose as he highlighted the role of bad elements in both countries.

Kabir later tweeted, "To media on both sides: 12 screaming lunatics with a mobile phone camera is not news. Please don't give them the attention they want. Ignore."