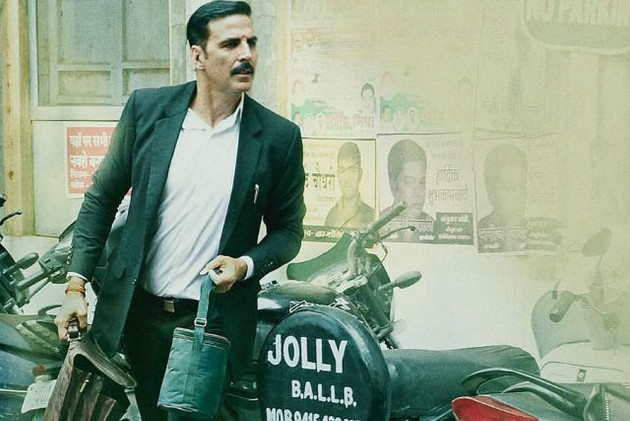 Still from the movie

The producer of Akshay Kumar-starrer 'Jolly LL.B 2' today withdrew its appeal from the Supreme Court against the Bombay High Court order and said the cuts suggested by the court-appointed panel are acceptable to it.

A bench headed by Justice Ranjan Gogoi allowed Fox Star Studio India, producer of the movie, to take back its appeal.

The Bombay High Court had ordered that Akshay Kumar-starrer "Jolly LLB 2" can be screened only after four controversial shots are removed from the movie and the actor says he respects the decision made by the court.

Advocate Ajay Kumar Waghmare had filed a petition before the bench and demanded removal of the word 'LLB' from the film and cut certain shots which portrayed lawyers in bad light.

Waghmare contended that the content shown in the trailer of the film or available on social media seems to be an attempt to "mock" the existing judicial system of India.

Senior advocate A M Singhvi, appearing for the producer said the deletions of certain scenes, suggested by the HC-appointed committee, are acceptable to it.

The film is slated for an all India release on February 10. The High Court had appointed a 3-member committee to review the film following the allegations that it has made fun of the legal and judicial system.

The committee watched the movie and suggested deletions of four scenes which allegedly projected the judiciary and the lawyer community in poor light.

The producer today told the apex court that it has agreed to delete the scenes and would not like to pursue its appeal.

Fox Star Studio India had said that the movie has already been cleared by Central Board of Film Certification (CBFC) and appointment of a panel to review it was not as per law.

However, the bench had refused to say anything and asked the producer to go back to the High Court against its earlier order for relief.

Earlier, the Aurangabad bench of the Bombay High Court had appointed amici curiae to watch the movie to ascertain whether the image of the judiciary and lawyers has been lowered in the film.

The HC had asked the producer to arrange screening of the movie for amici curiae R N Dhorde and V J Dixit who, in turn, were asked to submit their report to the court.

It was hearing the plea filed by Ajaykumar Waghmare, a lawyer, seeking dropping of the scenes shown during the promos that "depict lawyers playing cards on court premises and a judge hiding under the dais to evade objects being hurled in the courtroom".

It was alleged in the plea that whatever is being shown in the teaser is "nothing but an attempt to portray the Indian legal profession and judicial system as a laughing stock to the society at large".