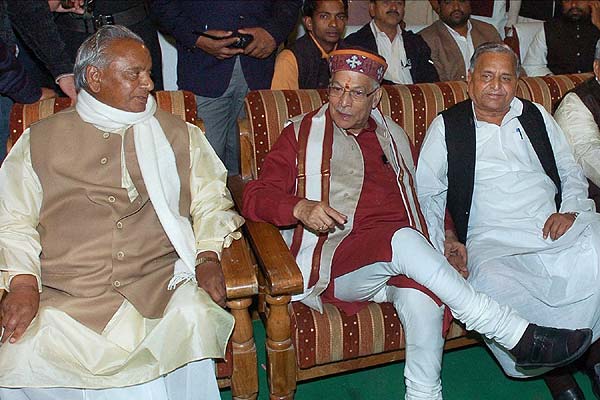 Addressing a function to felicitate former Rajya Sabha MP and SP leader Bhagwati Singh, Yadav said,"I admit that it was a big mistake on my part to have allied with a leader accused of demolition of Babri mosque. Later, we parted company but I had the moral courage to admit my mistake and apologise to my party."

Kalyan Singh was the chief minister of Uttar Pradesh when a mob razed the Babri Masjid at Ayodhya in December 1992.

Yadav said despite differences he "still enjoys good relations with Singh" but that their coming together had created a rift within his own party.

"It was because of the damage to the party that later I snapped ties with him," he said.

The SP supremo shook hands with Singh's Rashtriya Kranti Party ahead of the 2009 Lok Sabha elections but the partnership fell apart after his party's poor performance.

Singh had formed the party after quitting the BJP in 2002.

Earlier, Singh had supported Mulayam's government in 2004 when his son Rajveer Singh and close aide Kusum Rai were made ministers.

But thereafter, Singh went back to the BJP.

After the 2007 state polls, Singh fell out with the BJP again and revived his party which entered into an alliance with the SP.