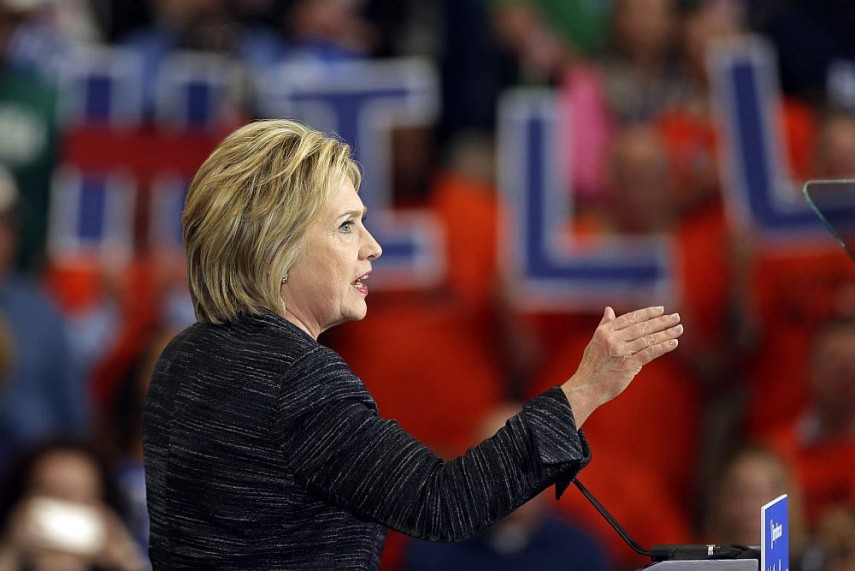 Governor John Kasich has won Republican presidential primary in his home state of Ohio while former Secretary of State Hillary Clinton has padded her lead over rival Bernie Sanders by securing the Democratic primary, a US media report has said.

With the win in Ohio, Kasich has registered his first one in the presidential campaign. It also helped him to earn all the 66 delegates at stake from the State taking his total to 129 delegates which keeps him at the fourth spot in the GOP's race to the White House behind front runner Donald Trump (568), Ted Cruz (370) and Rubio (163) who has now opted out of the race.

Kasich exuded confidence that he would be able to garner through 1237 delegates required to win presidential nomination of the Republican party.

This would be known only in the weeks to come. However, his Ohio win did put a speed breaker to the impressive winning streak of Trump who have bagged other States, including crucial Florida.

On the Democratic side, Clinton defeated her rival Senator Bernie Sanders with nearly 30 percent margin.

"Tonight's big win in Ohio proved that Americans are tired of the negative tone of this election cycle," Kasich said in his victory speech. It is about pulling the country together and dividing it, he added.

His speech, however, was interrupted by a sole protestor.

"My whole life has been about trying to create an opportunity for the country," he said.

In apparent reference to the campaign carrying out by his party's front-runner Donald Trump, the 63-year-old said, "I want you to know the campaign goes on. It's my intention to make you proud. I will not take the low road to the highest office of the land."

Kasich said he will be heading to the rest of the country with his positive message.

"We are going all the way to Cleveland and secure the Republican nomination," he said.

In a memo, Chief Strategist of the Kasich Campaign John Weaver said that the Ohio Governor has "re-set" the Republican presidential campaign.

"With a narrowing field, Governor Kasich is the candidate best positioned to go toe-to-toe in the remaining states. Our internal data shows that Rubio voters break to Kasich by a 3:1 margin. Senator Rubio will have to decide about the future of his campaign, but we believe voters in the remaining states will see this as a 3-person race no matter what," Weaver said.

"With the electoral map shifting significantly in our favour, Kasich is positioned to accumulate a large share of the almost 1,000 remaining delegates and enter Cleveland in strong position to become the nominee," he said.

"Thanks to a consistent campaign plan and sound stewardship, Kasich for America's financial resources are growing stronger. More and more supporters are coming on board as they recognise Kasich is the only candidate left who can take on Donald Trump, unite the Party and win the White House in November," Weaver said.

"Of the 3 remaining viable candidates, only Kasich will defeat Hillary Clinton in an Electoral College landslide, sweeping in Republicans from the courthouse to the Senate. The other candidates would lose to Clinton in dramatic fashion and cost us seats in down-ballot races from California to Maine," the strategist said.