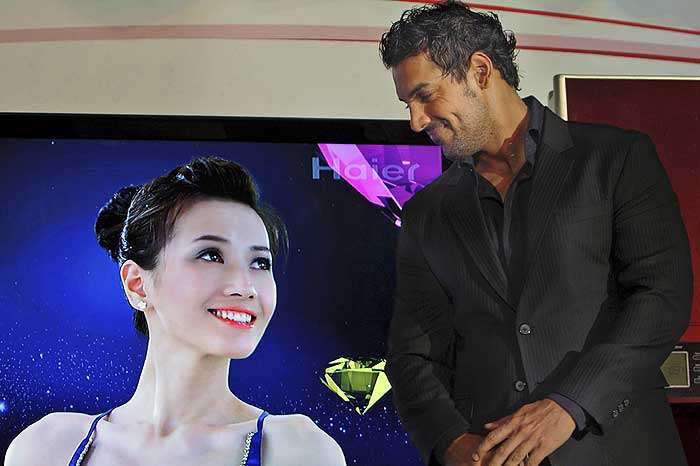 Bollywood actor John Abraham today said that mindset of men towards women in the society needs to change to create a safe environment for them.

The 41-year-old Madras Cafe star, who was in the capital to meet the acid attack survivors, said parents play a major role to bring the change.

"It's very important to respect a woman but we males tend to forget that. So, it is very important that parents should teach their sons to be courteous towards them. The way a father treats his wife, his son also follows the same. The education starts from home and they play an important role," John told reporters here.

The actor said that laws should also be strict against the attackers and political leaders should be careful when they say something on women safety.

"Laws should be strict and politicians should be careful with their words. They (politicians) are public figures and their statement makes a huge difference," said John, who is lending his support to Fever 104 FM initiative for acid attack survivors.

John, who also produced films like Vicky Donor and Madras Cafe, feels that movies are also a great influence.

Though his films did not give any such message yet, the model-actor claimed that he once fought for the safety of women during his college days.

"I was in my college and was traveling by the local train. When I got down from the train, I saw a man shoulder a girl walking next to me and run away. I caught the boy and wanted to hand over to the police but the woman did not want to press charges. I was discouraged by her behaviour," he said.

But John is happy to see the change in the society as women are more active and know their rights.