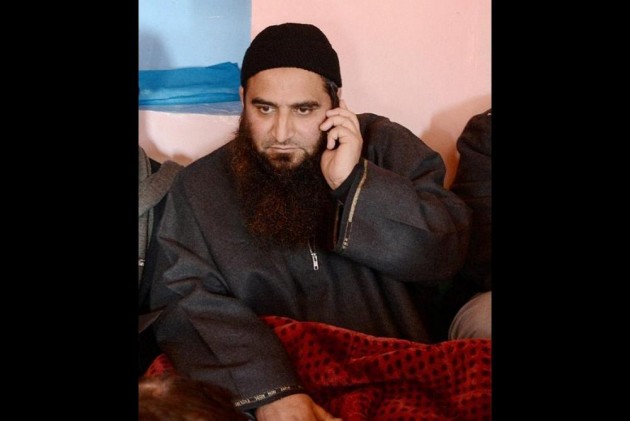 Jammu and Kashmir High Court has ordered release of senior hardline Hurriyat Conference leader Masrat Alam Bhat, who has been in preventive custody under the Public Safety Act since April 2015.

"By issuance of writ of certiorari, order of detention bearing No. 85/DMB/PSA/2016 dated 1.9.2016, passed by the (deputy commissioner Baramulla) is quashed with a further direction to the (government) to release Alam forthwith from preventive custody," the court said in its order yesterday.

Bhat has been booked under PSA several times since April 2015 and the latest order in the series was issued by District Magistrate Baramulla.

According to the order, Bhat was accused of making the ongoing agitation "successful" while in custody of the state authorities.

The order was passed on the basis of Bhat's meeting on August 11 this year with four persons who visited him at District Jail, Baramulla.

The persons had requested authorities to allow them meet one Assadullah Parray, who is allegedly affiliated with Hurriyat Conference led by Syed Ali Geelani.

The authorities claimed that instead of meeting Parray, they met Bhat, who allegedly advised them to activate the workers for a more visible and prominent role in the turmoil.

A case was registered against Bhat at police station Baramulla on August 30, two days before the detention order under PSA against Alam was passed by the deputy commissioner.

"The allegation in the FIR and statements of all these police personnel would, prima facie, show that all the police authorities, posted at Sub Jail Baramulla, have failed to discharge their duties in accordance with law because it was within the competence and authority of these police personnel to ensure that the visitors would meet Parray, for meeting with whom they had sought permission and not (Alam)," the court observed.

The court also rendered the detention order illegal for the reason that the bail application of Bhat had been rejected by a court and he continued to languish in state custody.

The detaining authority, in this situation, could not assume that there is every likelihood of (Bhat) being released on bail.

The Court said, "democratic society not only swears but lives by democratic values and principles. Even in the face of extreme provocations, the laws of the land are to be implemented. Laws possess unique quality, in as much as, they, even at times, protect those who break them. Thus, they prove to be better than many human beings".

Bhat was released after four-and-half years of detention soon after the PDP-BJP government took charge in March last year.

However, he was re-arrested on April 17, 2015 and detained under the PSA for alleged anti-national activities during a rally to welcome Geelani home from Delhi.