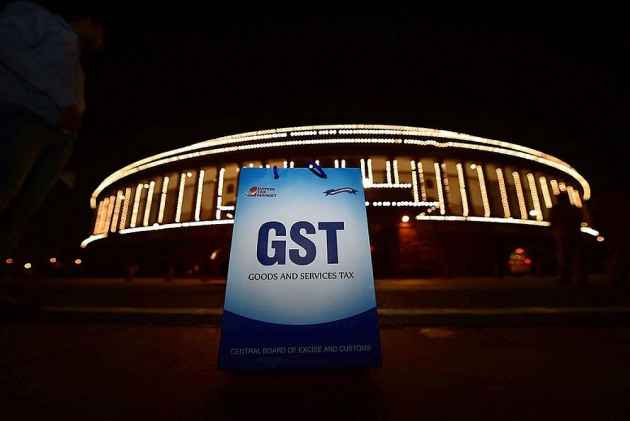 Jammu and Kashmir, the only state to miss the GST rollout bus on July 1, will join the new tax regime from tonight as the state Assembly passed a bill in this regard today amid opposition boycott.

The Jammu and Kashmir Goods and Services Tax Bill 2017, moved by Finance Minister Haseeb Drabu, was adopted by a voice vote in the absence of opposition parties which accused the PDP-BJP government of undermining the special status of the state.

The bill was moved in the Assembly after a Presidential Order which gave an assurance on preservation of the special status of the state guaranteed by Article 370 of the Constitution.

Drabu said the GST regime will roll out in the state at midnight tonight, making Jammu and Kashmir the last state to join the new tax regime.

Chief Minister Mehbooba Mufti sought to allay apprehensions over the GST law, saying anything that is good for the country cannot be bad for Jammu and Kashmir.

Before moving the bill for consideration and passing by the state assembly, the finance minister read out the contents of the Presidential Order pertaining to the special status of the state and its exclusive taxation powers.

He said there was no tradition of tabling a Presidential Order in the Assembly but the PDP-BJP government was starting a new one by tabling this order.

"The legislature of the state of Jammu and Kashmir shall have the powers to make laws with respect to goods and services tax levied by the state," the document said.

"Notwithstanding anything contained in clause 4 to clause 11 for the purpose of any decision impinging on constitutional provisions relating to the state of Jammu nand Kashmir, the concurrence of the representative of the state of Jammu and Kashmir in the Goods and Services Tax Council shall be mandatory and the procedure provided under Article 370 shall be followed," the Presidential Order read.

Two days back, the Assembly had passed a resolution seeking a Presidential Order in view of the special status of the state.

Drabu, during discussion on the resolution that day, had said the state government was not required to bring the resolution but it did so to "get a sense of the House on the issue".

GST was rolled out in the country on July 1 with much fanfare marked by a midnight programme in Parliament that was attended by President Pranab Mukherjee, Vice President, Prime Minister Narendra Modi, Lok Sabha Speaker Sumitra Mahajan as well as union ministers and several chief ministers.

Congress and some other opposition parties had boycotted that event.

In the J&K Assembly today, the entire opposition boycotted the proceedings over GST.

As soon as the House assembled, CPI(M) MLA Mohammad Yousuf Tarigami said the government had violated the etiquette of the Assembly by bringing in the Jammu and Kashmir GST Bill 2017 before informing the House about the Presidential Order passed for extending the GST regime to the state.

Nawang Rigzin Jora of the Congress accused the government of undermining the Constitution of Jammu and Kashmir in the way the GST legislation and the Presidential Order was handled.

The government is resorting to subterfuge to undermine the special constitutional position of Jammu and Kashmir, Jora said before leading his party MLAs to boycott the rest of the proceedings of the session.

The entire opposition benches became empty when independent lawmaker from Langate Sheikh Abdul Rashid also walked out of the House just before the GST bill was moved for consideration and passing.

Members from principal opposition party, National Conference, did not attend the House today as they had yesterday announced their decision to boycott the proceedings for the rest of the session.

After completing the other legislative business listed for the day, Speaker Kavinder Gupta adjourned the Assembly sine die.