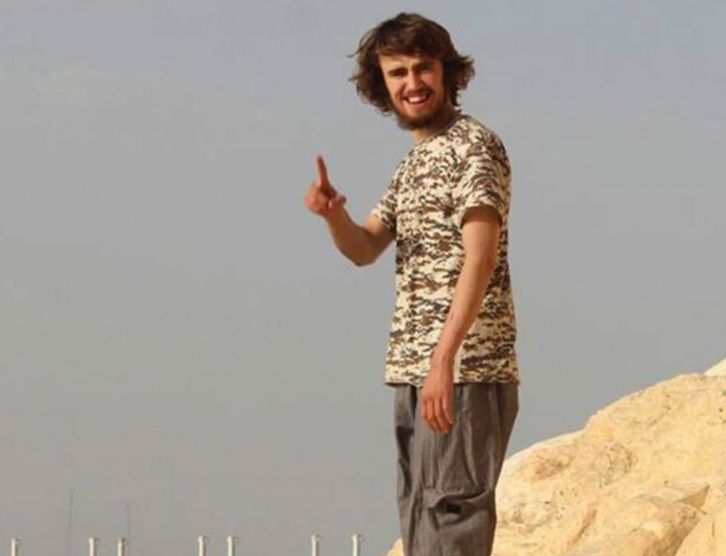 A 21-year-old British man dubbed "Jihadi Jack" has been captured by Kurdish fighters in Syria where he was accused of joining the Islamic State terror group, media reports said today.

Jack Letts, who emerged as the first from the UK to join ISIS in Syria, told the London-based television network Al- Araby that he was living in a prison controlled by the Kurds.

"I want to see my mum and explain to her some things," he said.

Letts, a former Cherwell School student from the city of Oxford who converted to Islam as a teenager, reportedly said that he had "no idea" what would happen to him.

He said it is the future that no one knows except god.

Letts' parents John Letts, 55, and Sally Lane, 54, are awaiting trial on terrorism related offences after being accused of sending hundreds of pounds to their son over a five-month period between 2015 and 2016. They are due to stand trial later in the year.

They told the Oxford Mail that they were "immensely relieved" to discover he was alive.

Earlier this year, Letts labelled former prime minister David Cameron an "evil creature" and warned that the UK will be targeted by the militants as long as it keeps bombing Muslims in Syria.

Police began investigating Letts as a suspected member of the Islamic State terror group (also known as ISIS or ISIL) in March 2015. He was understood to have left the UK and travelled to Syria in 2014 – with some reports claiming he had joined the ISIS.

The British citizen reportedly adopted the name Abu Mohammed and married an Iraqi woman with whom he has a son, Muhammed.

During his stay in Syria, he posted photographs of himself holding weapons, claiming that he narrowly survived a drone strike.