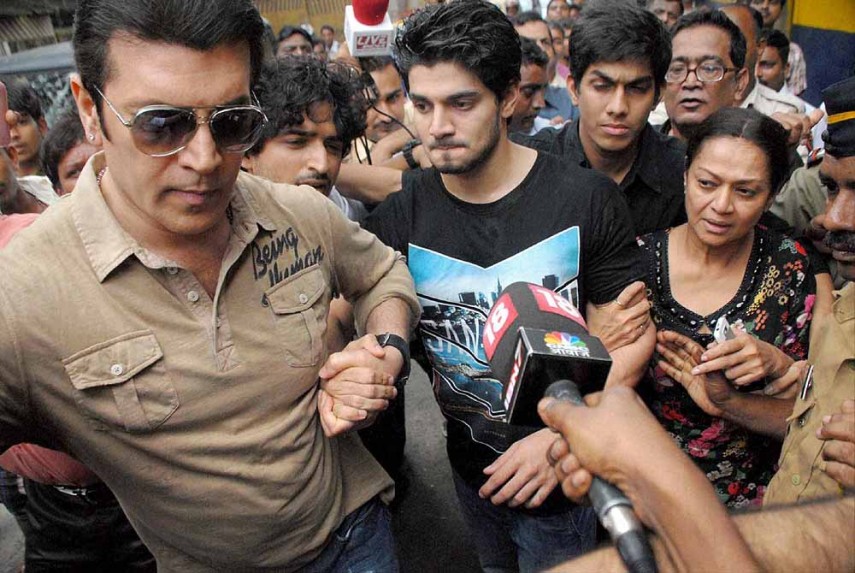 In a new turn, the prosecution in the model-turned-actress Jiah Khan suicide case today sought to invoke murder charge against Bollywood actor Sooraj Pancholi accused of abetting her death.

The prosecution also demanded that the trial be conducted against Sooraj adding the murder charge.

"Rabiya (Jiah's mother) is the informant and she says it's the case of section 302 of IPC (murder). She was the first one who saw the body hence Sooraj should be charged for murder," Public Prosecutor Kalpana Hire told the special womens' court conducting the trial in the case.

However, the trial court would decide on the murder charge at the time of framing charges against the accused, legal sources said.

Hire told the court that it should frame charges of rape and causing miscarriage without woman's (Jiah) consent against Sooraj.

Special Judge A S Shende will continue to hear the arguments on framing of charges on May 20.

Responding to Hire's arguments, Sooraj Pancholi's lawyer Prashant Patil told the court that there is no evidence for framing the charges of murder against Pancholi.

Patil said even there was no evidence against Pancholi to charge him for abetment.

He said the abortion of Jiah was a medical termination as there was no evidence to suggest that she went to doctors.

Earlier in the day, CBI's lawyer Bharat Badami moved the application saying that advocate Dinesh Tiwari (state- appointed prosecutor) cannot represent in the case but the CBI prosecutor should appear in the case.

However, the court rejected CBI's prayer saying it has already allowed Tiwari to conduct the trial.

But when the court asked Ambure to open the case, he sought time even as CBI said it wanted more time to argue.

Patil also said doctors in their statements to police informed that Jiah was depressed and was under medication.

He said that in earlier instances too Jiah tried to commit suicide by slashing her hand and taking pills.

25-year-old Sooraj, who recently made his Bollywood debut, has been charged by CBI with abetting suicide of Jiah with whom he had met through Facebook in September 2012 and the friendship blossomed into "intimate relationship" over a period of time.

As per the charge sheet filed in a court here, it is alleged that on June 3, 2013, when Jiah was found hanging by her mother at her Juhu residence, she had left the house of Sooraj in the morning where they had been staying together for the last two days.

According to CBI, Sooraj had allegedly hidden facts and fabricated information during questioning, the forensic analysis of his statements have indicated.

The analysis, which is part of the charge sheet filed by the agency in the suicide case of 26-year old Nafeesa Rizvi alias Jiah Khan, has "established that Sooraj was concealing relevant information about actual reason behind the incident and the statement given by him is incomplete and fabricated".

The young actor, who is the son of Bollywood couple Aditya Pancholi and Zarina Wahab, refused to be part of any scientific tests like polygraph or brain mapping which the agency wanted to conduct to get to the bottom of his alleged role in the incident, the sources had said.

CBI has alleged that the three-page note seized by Mumbai Police on June 10, 2013 was purportedly written by Jiah which narrated her intimate relationship, physical abuse and mental and physical torture allegedly experienced at the hands of Sooraj which led to her suicide.

It alleged that the letter was not signed and even not addressed to Sooraj but it incriminates Sooraj only.

In October 2013, Rabiya had moved the Bombay High Court alleging that Jiah had been murdered and sought a CBI probe which was granted.