Jhumpa Lahiri in Booker Shortlist With The Lowland 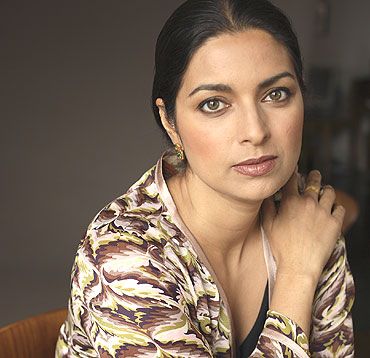 Print
A
A
A
increase text size
Outlook September 10, 2013 17:46 IST Jhumpa Lahiri in Booker Shortlist With The Lowland

Indian-American author Jhumpa Lahiri has made it to this year's Man Booker Prize shortlist for her new fiction The Lowland, an intimate portrayal of two brothers set in Kolkata of the 1960s.

Her tale, set in the suburban streets of Calcutta of the 1960s and told through the eyes of brothers Subhash and Udayan in The Lowland, will compete alongside five other works of fiction for the coveted literary award worth 50,000 pounds to be announced here next month.

Born in London and based in New York, 46-year-old Lahiri is the daughter of Indian immigrants from West Bengal.

She is also a member of US President Barack Obama's Committee on the Arts and Humanities.

She won the 2000 Pulitzer Prize for Fiction with her debut short story collection Interpreter of Maladies (1999) and her first novel The Namesake (2003) was adapted into a popular film of the same name by filmmaker Mira Nair.

Her writing is rooted in the Indian milieu and attempts to capture dislocation and ambivalence with a unique play of words.

The Lowland, released this month, is already being pitched as an easy front-runner among literary circles here.

Birmingham-based Jim Crace is also being touted as among the 2013 favourites for Harvest, a novel about the fragile social eco-system of a remote English village, which the author has claimed will be his last.

Like Crace, Colm Toibin is also a previous nominee and is heading the list with The Testament Of Mary – about the mother of Jesus grieving angrily years after her son's crucifixion.

If it wins, it will be the shortest novel to win the Booker with just 104 pages.

Eleanor Catton, 28, is the youngest to make the cut with her book The Luminaries, while Ruth Ozeki with A Tale For The Time Being and NoViolet Bulawayo We Need New Names complete this year's selection.

Robert Macfarlane, chair of the judges, said the shortlist was "instantly striking because of its global range".

"It shows the English language novel to be a form of world literature," he said.

"We looked for books that sought to extend the power and possibility of the form. This is in keeping with the history of the novel. We wanted novel novels," he added.

Each of the six shortlisted writers will receive 2,500 pounds and a hand-bound edition of their book.

This year marks the 45th year of the prize, which will be announced on October 15 at an awards ceremony at London's Guildhall.

Last year, Hillary Mantel's Bring Up the Bodies took home the prize. Mantel became only the third author, after Peter Carey and J M Coetzee, to win the prize twice.

In 2008, Indian author Aravind Adiga won the Booker for 'The White Tiger' and Kiran Desai took home the prize in 2006 for her novel The Inheritance of Loss.

"Global in its reach, this exceptional shortlist demonstrates the vitality and range of the contemporary novel at its finest," Macfarlane said.

"These six superb works of fiction take us from gold-rush New Zealand to revolutionary Calcutta, from modern-day Japan to the Holy Land of the Gospels, and from Zimbabwe to the deep English countryside.

"World-spanning in their concerns, and ambitious in their techniques, they remind us of the possibilities and power of the novel as a form," he said.

In The Lowland, Jhumpa explores the heart of family life and the immigrant experience.

Her publisher Bloomsbury has described the book "epic in its canvas and intimate in its portrayal of lives undone and forged anew".

The Man Booker Prize for Fiction is a literary prize awarded each year for the best original full-length novel, written in English, by a citizen of Commonwealth of Nations, Ireland, or Zimbabwe.