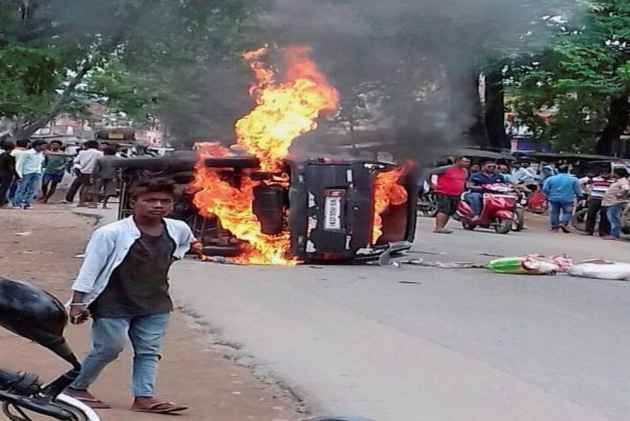 Forensic tests have confirmed that the lynch victim at Ramgarh in Jharkhand was carrying beef, the sale of which is banned in the state, the police said on Saturday.

Kishore Kaushal, superintendent of police, Ramgarh, told PTI  the report of the forensic laboratory was out and and it confirmed that the meat recovered from the car of Alimuddin Ansari, the lynch victim, was indeed beef.

Ansari, a meat trader, was allegedly beaten to death on June 29 by a mob at the Bazaar Tand area under Ramgarh police station on the suspicion that he was carrying beef in his car.

To a query, the SP said Ansari himself had a criminal background. He was an accused in the killing of a child and a case of theft.

Meanwhile, the police have arrested two more persons in connection with Ansari's lynching, taking the total number of arrests in the case to 12.

Phone call records revealed that one of those arrested followed Ansari for about two hours on June 29, informed two other accused about the victim's location, before intercepting him at Bazaar Tand, said the SP.

The mob, which allegedly dragged Ansari out of his car and lynched him, also torched the vehicle.

The lynching came close on the heels of a mob attack against a person in Giridih district on the suspicion that he had slaughtered a cow.