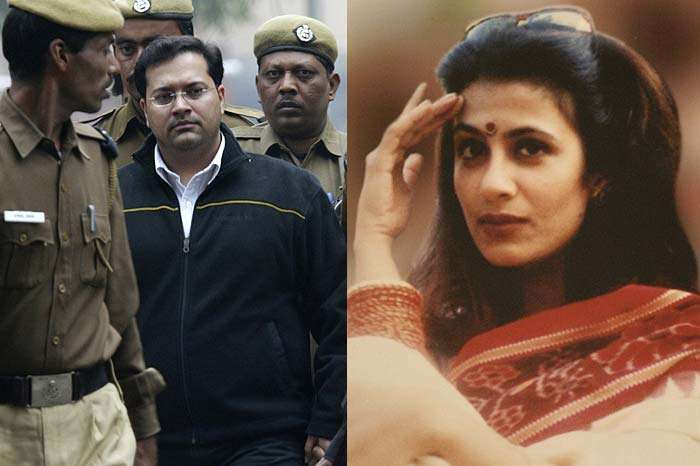 Siddharth Vashisht alias Manu Sharma, undergoing life term for killing model Jessica Lall in 1999, was today granted parole for 30 days by the Delhi High Court so that he can appear for his post-graduation exams.

A vacation bench of Justice S Muralidhar granted parole to 37-year-old Sharma on the condition that he shall furnish a personal bond of Rs 50,000 with one surety, for the like amount, who shall be a family member.

The court also directed that Sharma will not leave the National Capital Territory of Delhi for the duration of the parole which shall be effective from the date of his release.

The other terms and conditions of the parole includes keeping away from the area around the residence of the deceased and her family members, the court said.

Sharma's final year exams are scheduled to commence from January 1, 2015. He is pursuing PG from Indian Institute of Human Rights here which is recognised by the United Nations.

Senior advocate Aman Lekhi, appearing for Sharma, told the court that his client's conduct has always been good while in prison and the same has been appreciated by the Tihar jail superintendents concerned, for which he was awarded.

The counsel also claimed Sharma, through his NGO, Siddharth Vashisht Charitable Trust, has done work for the education of the children of jailed inmates and his efforts have been appreciated by the Lt Governor.

After hearing Sharma's counsel as well as the fact that the sole opposition by Delhi Police to his parole was his unsatisfactory conduct back in 2009 when he was granted a similar relief, the court granted him parole for 30 days from his date of release on December 30.

"In view of the aforesaid, the petitioner (Sharma) is granted parole for a period of 30 days on the condition that he shall take his final year examination for the course in question," the court said, adding that he has been allowed to write his exams earlier, so why to deny for the final year.

"His (Sharma) petition cannot be dismissed," the judge said.

Reversing the trial court's acquittal order, the Delhi High Court had awarded life sentence to him in December 2006 in the murder case and the Supreme Court had upheld the high court order in April 2010.