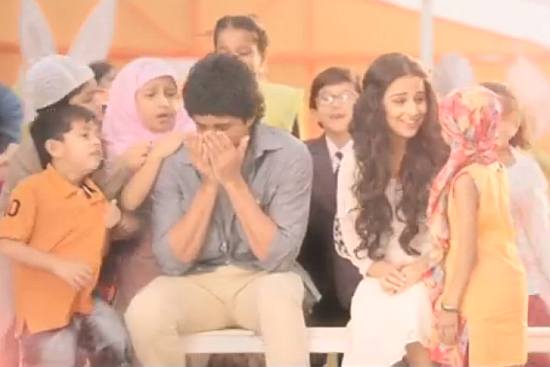 It was launched by Akhtar, his wife Shabana Azmi, Nigam and musician Lalit Pandit at an event also attended by Union Health Minister Harsh Vardhan.

"It's an honour to be a part of an initiative to raise awareness about the importance of immunisation. We wanted to convey this message through simple and effective lyrics and we hope we have been able to achieve that," said Akhtar, who is also a Rajya Sabha MP.

"It is my sincere hope that we don't lose young lives to diseases which are preventable," he said.

His actress and social activist wife Azmi emphasised on the importance of religious leaders in mobilising people for child immunisation.

"I feel that religious leaders and organisations play an important role. I have seen during polio campaign when the religious leaders came forward, people listened. Immunisation is a do-able thing so if we can our country polio free, we can definitely get our children free from all preventable diseases," she said.

Nigam, thanking his parents for getting him vaccinated, said it is everyone's responsibility to get their child the right vaccines for their healthier future.

"People should make sure that they get their children vaccinated because it is an achievable thing and we as artistes should be role models and spread message if child's right to good health," the singer said.