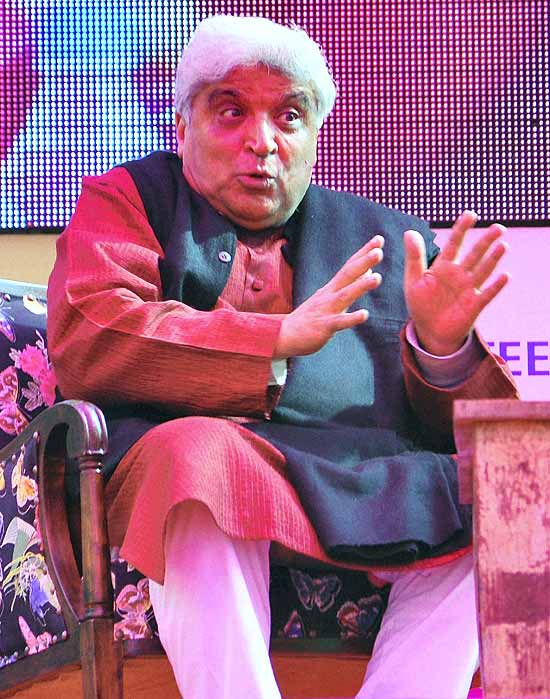 Lyricist-writer Javed Akhtar, Aishwarya Dhanush, Patrick French and Frank Trentmann are among the 250 speakers set to appear at the 10th edition of Jaipur Literary festival (JLF) next year.

The organisers released the eighth list of 10 speakers today. The new line-up has speakers from India and across the globe including noted screenwriter-poet-lyricist Akhtar, who has been a regular at the literary event.

French, a British biographer and historian living in Delhi and known for his books "The World Is What It Is" and his biography of Nobel Laureate V S Naipual, is also returning to the festival. He is currently working on the authorised biography of Doris Lessing.

Aishwarya Dhanush, who has written the memoir "Standing On An Apple Box" chronicling her experiences of being the daughter of superstar Rajnikanth and being married to an actor, will be a part of the event.

Other speakers include Manav Kaul, an author, playwright, actor and director, Mei Fong, the Pulitzer award-winning Malaysian writer, known for her book on China's one-child policy and Anuradha Beniwal, a former National chess champion, who debuted with her Hindi book "Aazadi Mera Brand".

Trentmann, a professor of History at Birkbeck College, University of London, will attend the festival to talk about his new book "Empire of Things: How We Became a World of Consumers, Fifteenth Century to the Twenty-First Century".

Raghu Karnad, a journalist and the author of "Farthest Field: An Indian Story of the Second World War", author Richard Sennett, best known for his writings on cities, labour and culture and French writer Franck Thilliezis round off the list of 10 speakers, whose names were released today.

The 2017 edition will take place between January 19 and 23 at the historic Diggi Palace Hotel in Jaipur.