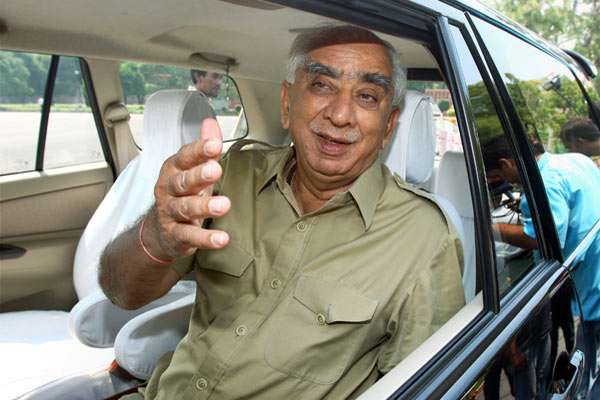 Former BJP leader Jaswant Singh is in a "very critical" condition and in coma at Army Research and Referral hospital where he was admitted early today after a fall at his residence that left him with a head injury.

"At present the condition is very critical. He is on life support systems and under constant monitoring by a team of neurosurgeons and critical care providers," a Defence Ministry release said, adding that a lifesaving 'decompressive hemicraniectomy' has been done.

The 76-year-old former Defence Minister was admitted to the hospital in a highly critical condition around 0100 hours today with injury to his head after his family members brought him to the hospital after finding him lying on the floor of the house in an unconscious state, the Ministry said.

Prime Minister Narendra Modi has spoken to his family and prayed for Singh's speedy recovery.

"Examination at the hospital showed him to be in coma, with signs of 'raised intracranial tension and a haematoma scalp'. Urgent CT scan of the head showed 'an acute subdural haematoma with mass effect, a midline shift and contusion of the brain substance'. A lifesaving 'decompressive hemicraniectomy' was done," the Ministry said.

Singh, who had also served as External Affairs and Finance Minister, was expelled from BJP early this year after he decided to contest the Lok Sabha polls from Barmer in Rajasthan as an Independent when the party decided to field Col Sonaram Chaudhary. He had lost the election.