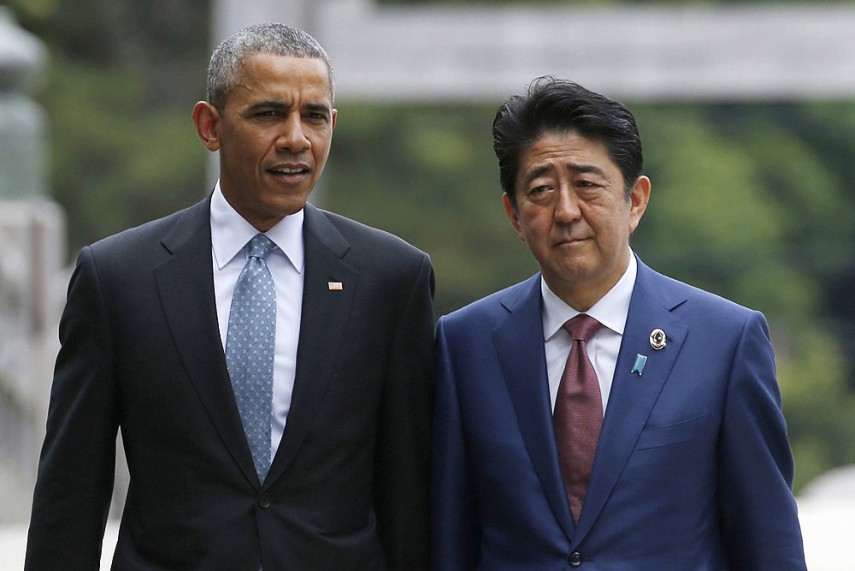 Japan Prime Minister Shinzo Abe will make a historic visit to Pearl Harbor later this month with President Barack Obama, becoming the first Japanese leader to go to the US naval base in Hawaii which was attacked by Japan 75 years ago that thrust America in the World War II.

The meeting will be an opportunity for the two leaders to "review our joint efforts over the past four years to strengthen the US-Japan alliance, including our close cooperation on a number of security, economic, and global challenges," he said.

Obama will also accompany Abe to the USS Arizona Memorial at Pearl Harbor to honour those killed.

"The two leaders' visit will showcase the power of reconciliation that has turned former adversaries into the closest of allies, united by common interests and shared values," Earnest said.

Japan launched a surprise attack on the US naval base at Pearl Harbor in Hawaii in 1941. Almost 200 aircraft bombed the site over 30 minutes, destroying the USS Arizona among other naval vessels.

President Franklin D Roosevelt called the ambush "a date which will live in infamy, and the following day asked US Congress to declare war on Japan.

Japan surrendered on August 15, 1945, following the bombings of Hiroshima and Nagasaki.