Jan Sangh, RSS Were 'Collaborators' of the British: Cong 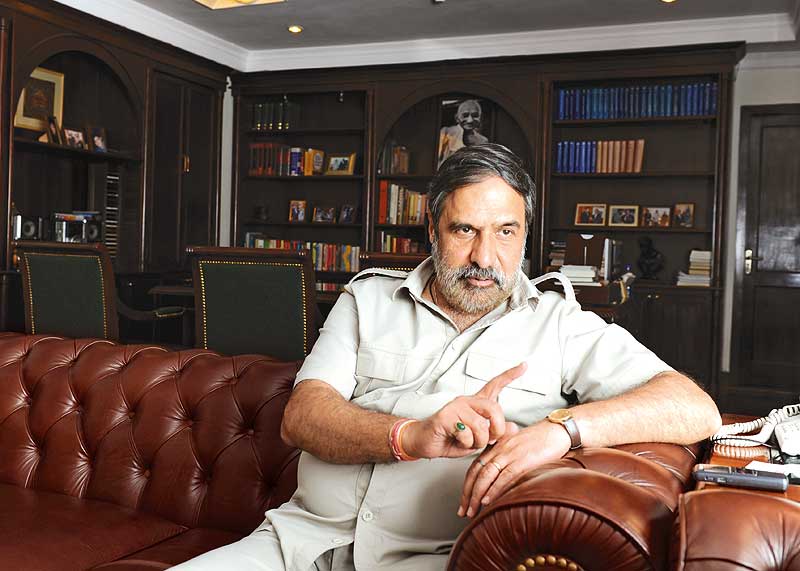 Irked by Prime Minister Narendra Modi's remarks over adversities faced by BJP, Congress today hit back, accusing the ruling party's erstwhile avatar the Jan Sangh and RSS of being "collaborators" of the British during the freedom struggle.

Targeting the Prime Minister for "trivialising" the freedom struggle, the party said that Modi should not only take back his "shameful" statement that BJP had faced more adversities in independent India as compared to what Congress did during the British rule, but should also apologise.

"They were collaborators of the British," the party's senior spokesman Anand Sharma said, making a scathing attack on Jan Sangh founder Syama Prasad Mookerjee, the Sangh Parivar and Veer Savarkar.

He claimed that Mookerjee wrote to the then Bengal Governor on how to combat the Quit India movement.

"It does not behove the Prime Minister to lower the dignity of his office by making a statement which is factually incorrect and an insult to the freedom fighters, to Mahatma Gandhi, Jawaharlal Nehru, Vallabhbhai Patel and thousands of others who made manifold sacrifices during India's national struggle," he said.

Seeking to puncture the Prime Minister's statement, he said that BJP has been in power at the Centre or has been part of the governments there or an outside supporter for 13 long years and that was the time that Nehru spent in jail during the British rule, Sharma said.

"The British Home Department file from 1942 has all the circulars from RSS. The Bombay Home Secretary said the Sangh has scrupulously kept within the law and refrained from taking any part in the disturbances of 1942," he said.

He said that RSS decided to not take part in the Quit India Movement and it decreed that no member of the Sangh should participate.

This was there in a letter written by Mookerjee to the British Governor of Bengal, Sharma said.

Noting that BJP and the Prime Minister have tried to appropriate Sardar Patel, he said that Patel's views on RSS can be gauged through a official communique from the Government of India, which banned RSS and Hindu Mahasabha.

"Post India's independence, Modi ji needs to be reminded that his colleagues and his party are direct beneficiaries of India's freedom, India's Constitution, India's democracy which allowed and empowered him, his colleagues, his party...", Sharma

Continue FREE with Ads Pay Rs. 1 to Read Without Ads
READ MORE IN:
Anand Sharma National
Next Story : It's for Govt to Take Call on Raising Balochistan Issue in UN: Cong
Download the Outlook ​Magazines App. Six magazines, wherever you go! Play Store and App Store