Jammu And Kashmir: 2 Arrested for Lynching Officer Outside Mosque 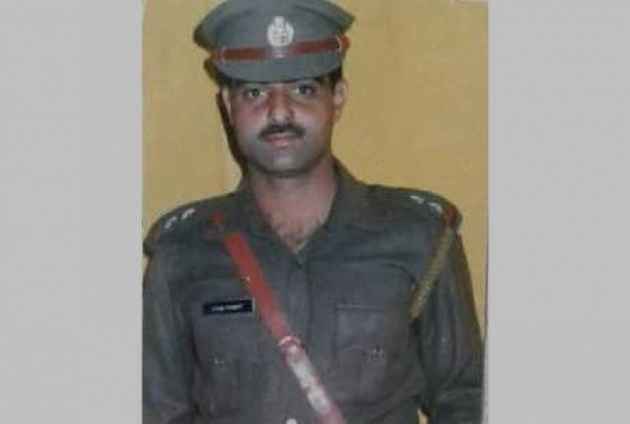 Print
A
A
A
increase text size
Outlook June 23, 2017 13:32 IST Jammu And Kashmir: 2 Arrested for Lynching Officer Outside Mosque

Two persons were arrested in the wee hours today in connection with the lynching of a police officer by an irate mob outside Jamia Masjid in downtown area.

"Two persons have been arrested so far and a third has been identified. All of them (involved in lynching of the officer) will face the law," DGP S P Vaid told reporters on sidelines of the wreath laying ceremony of slain officer Mohammad Ayub Pandit at district police lines here.

The deputy superintendent of police was stripped naked and stoned to death by an irate mob after he allegedly opened fire at a group of people, who caught him clicking pictures near a mosque in downtown area in the early hours today.

He said the DSP was posted at the access control of the mosque to prevent miscreants from vitiating the atmosphere so that people can offer prayers in peace.

"But few among those, for the security of whom he had been deployed there, lynched him to death. It is very unfortunate," he said.

The police chief said the line between humanity and inhumanity was fast diminishing and that people needed to distinguish between good and bad.

The investigation of the case is on, he said.

Quoting preliminary investigation, Vaid said the mob attacked the DSP when he was coming out of the mosque after checking the access control.

"When the DSP was coming out after checking the access control of the mosque, some miscreants caught hold of him while raising slogans and started beating him up," he said.

Asked whether the slain officer was there for the security of moderate Hurriyat Conference chairman Mirwaiz Umar Farooq, who usually delivers the sermons at the mosque, the DGP said, "Mirwaiz does come there. It was a sacred occasion yesterday and thousands of people were expected at the mosque and security was made for them."

Defending the firing by the officer in which three persons were injured, Vaid said, "The DSP was carrying a pistol and he had the right to self-defence."

Muslims across Kashmir are observing Shab-e-Qadr (the night of power) with night-long prayers and supplications being made inside the mosques and shrines of the valley.

Authorities have announced restrictions on movement of people in seven police station areas of the city as a precautionary measure.