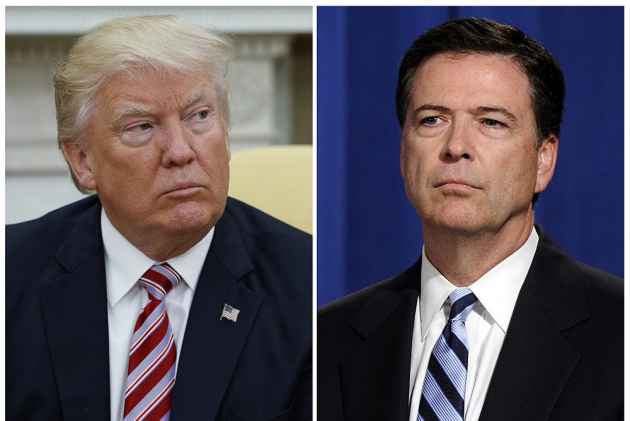 A pair of Democrats in Congress are drafting up articles of impeachment against U.S. President Donald Trump, saying the president's decision to fire former FBI Director James Comey constitutes an obstruction of justice.

Texas Representative Al Green, who has been one of the most outspoken proponents of impeachment proceedings against Trump, and even made a call on the House floor last month was joined by California Representative Brad Sherman to move forward with the next legislative step in announcing the long-shot bid.

"The question really is whether the president can obstruct justice with impunity," Green said

Top Democratic leaders on Capitol Hill have specifically urged members to not raise the specter of impeachment, arguing that they need to allow investigations already underway to uncover more details about the president and his team's actions.

The Texas Democrat even revealed that after his public call for impeachment he has been receiving threatening voicemails and messages and the United States Capitol Police was investigating them.

During his May speech on the House floor, Green noted "this is about my position. This is about what I believe. And this is where I stand. I will not be moved. The President must be impeached."

He also explained that this was the beginning of the process, "For those who do not know, impeachment does not mean that the President would be found guilty. It simply means that the House of Representatives will bring charges against the President. It's similar to an indictment but not quite the same thing."

Democrats have indicated that impeachment could be possible if obstruction is proved, but most have held back from actually calling for the measure.

Meanwhile, Green did not give House Minority Leader Nancy Pelosi or others any advance notice that he has decided to move ahead with formally introducing the charges in the House.

Continue FREE with Ads Pay Rs. 1 to Read Without Ads
READ MORE IN:
Donald Trump International
Next Story : PM Modi To Arrive In Israel On July 4, Will Be The First Indian PM To Visit The Nation
Download the Outlook ​Magazines App. Six magazines, wherever you go! Play Store and App Store