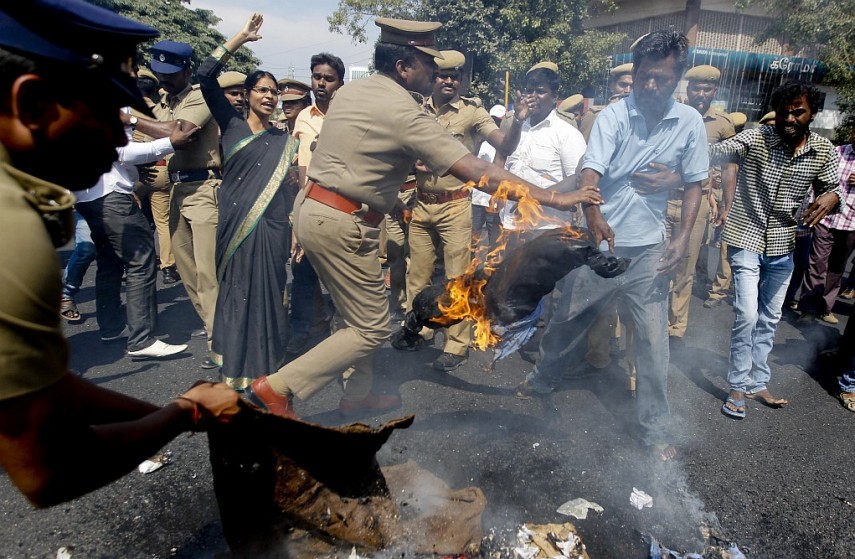 The Madras High Court today said it will not "interfere" on the issue of protests in the city against the ban on Jallikattu, holding that the Supreme Court was seized of the matter.

The court made this observation when a mention was made by an advocate K Balu in the open court about the protests at the Marina on the Jallikattu issue.

He brought to the court's notice disconnection of power supply in the area when a "peaceful demonstration" was going on Tuesday evening. Besides, drinking water was not provided to protesters, he complained.

The first bench, comprising Chief Justice S K Kaul and Justice M Sundar, declined to "interfere in the matter at this stage."

"First of all, the apex court is seized of the matter. When it is so, even the High Court and Tamil Nadu government cannot do anything and moreover, Marina Road is not a place for any demonstrations. The court does not want to interfere at this stage," the bench said.

As pro-Jallikattu protests gained steam with a group of youngsters continuing their agitation at the Marina here overnight, the state government today held talks with the protesters to sort out the matter.

The government also told the youths that it would even approach the President seeking an ordinance on the matter.

The Supreme Court had on January 12 rejected a plea urging it to pass judgement on the sport before Pongal festival.

The apex court had outlawed Jallikattu in 2014 and the state government's review petition was also dismissed last December.

It has reserved judgement on a matter related to the Centre's notification of last year to exempt alligator from the ban.