Jaitley Slams Amarinder, Says His Tenure As CM Most 'Dishonest And Corrupt' 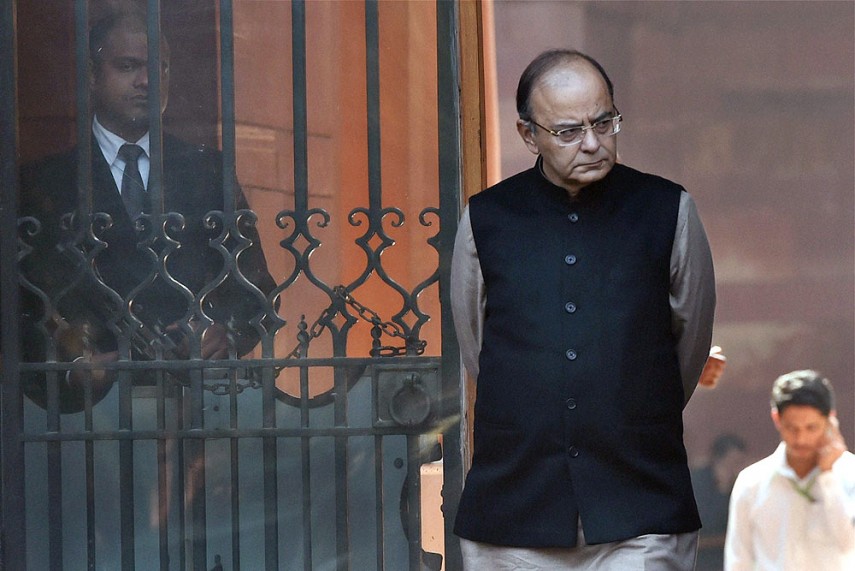 Print
A
A
A
increase text size
Outlook January 22, 2017 17:15 IST Jaitley Slams Amarinder, Says His Tenure As CM Most 'Dishonest And Corrupt'

Union Minister and BJP leader Arun Jaitley today blamed the Congress policies for militancy in Punjab during the 1980s and hit out at the party's state unit chief Amarinder Singh, terming his 2002-2007 chief ministerial tenure as the "most dishonest and corrupt"

"Nobody needs to be told how the five-year tenure of the Amarinder government was. Everybody knows that the Punjab government between 2002 and 2007, led by Amarinder Singh, was the most dishonest and corrupt," the Union Finance Minister said during an election rally here.

In Jalandhar central assembly constituency to canvass for BJP candidate Manoranjan Kalia, Jaitley said, "There was only one work done during the Amarinder government in Punjab -- How to take revenge from the rivals. His rule only had the politics of vendetta."

The senior BJP leader also criticised the previous Congress governments and without naming it blamed its policies for the militancy phase which had rocked the state in the 1980s.

"If any historian or group analyses, they will know whose policies had led to the dark phase of militancy in Punjab. Who was responsible for the massacres in Punjab and during whose regime was it done in 1984. Whose policies sent the state 15 years backward in time," he said.

Jaitley, who lost the Amritsar Lok Sabha seat to Amarinder in 2014, said his tenure was "absolutely bad and corrupt" in the 20 peaceful years that followed the era of militancy. "The government and the people did not have any relation. Even the politicians, MLAs or ministers could not meet him, let alone the common man," he claimed.

Alleging that Amarinder himself was indulged in graft, Jaitley said now the former CM is saying he would fight the election with corruption as the poll plank. "It is up to the people to decide if they want a corrupt government or one which works for development," he said.

"I want to tell you, the Narendra Modi government would extend double the help to Punjab in its first five years as was extended by Doctor Saab (Manmohan Singh) during his last five years at the Centre," he said as he canvassed for Kalia.