Jaipur Is The Next Destination For Startups After Bengaluru, Says Vasundhara Raje 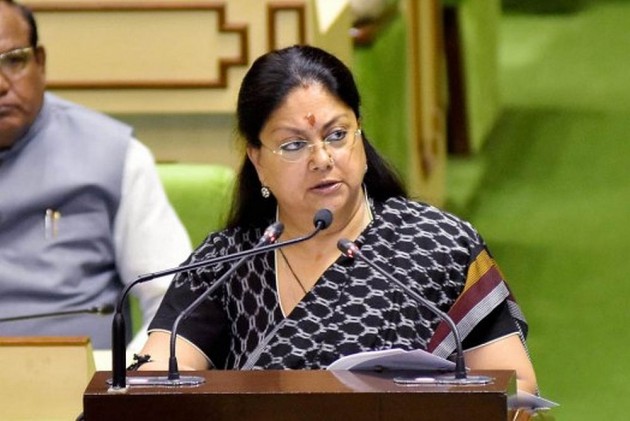 Print
A
A
A
increase text size
Outlook January 09, 2017 13:53 IST Jaipur Is The Next Destination For Startups After Bengaluru, Says Vasundhara Raje

Projecting Rajasthan on growth trajectory, Chief Minister Vasundhara Raje today said the state capital is emerging as the next destination for startups for which the government is providing supporting environment.

"We are making Rajasthan strong, aggressive and a progressive state. Women are our new strength and they are going to unleash new energy," she said, while asking all stakeholders to work together.

She was speaking at a programme here organised by Cisco which has collaborated with the state government to train girls in information and communication technology (ICT).

Cisco announced a series of initiatives under its Jaipur Lighthouse City programme initiative to help accelerate the digital transformation of the state.

"Digitisation opens up unprecedented opportunities for every country, state and city. The impact of digitisation is all encompassing citizen-centric services for enhanced quality of life, smart secure communities, innovation, entrepreneurship, digital skills and education for all," John Chambers, Executive Chairman of Cisco said.

"The digitisation will bring many benefits to the state and its citizens," he said.

The CM further highlighting the importance of the collaboration said, such partnerships and relations are significant in the era of cut-throat competition.

"Cisco has partnered with six cities in the country and with this collaboration, Jaipur can become the lighthouse not only in the country but in the south Asia," she told reporters after the programme.

The networking giant also announced video-enabled digital classrooms in women colleges to cover 10,000 women students over one year, both in rural and urban areas in the state which will facilitate training and development of IT skills.

As part of its 'Connected Learning' initiative, Cisco in collaboration with the State Institute of Education Management And Training (SIEMAT) has deployed virtual classrooms across 12 institutes in the state to provide training through digital classrooms.