Jaidev Says Bal Thackeray Wanted Him to Be His Political Heir 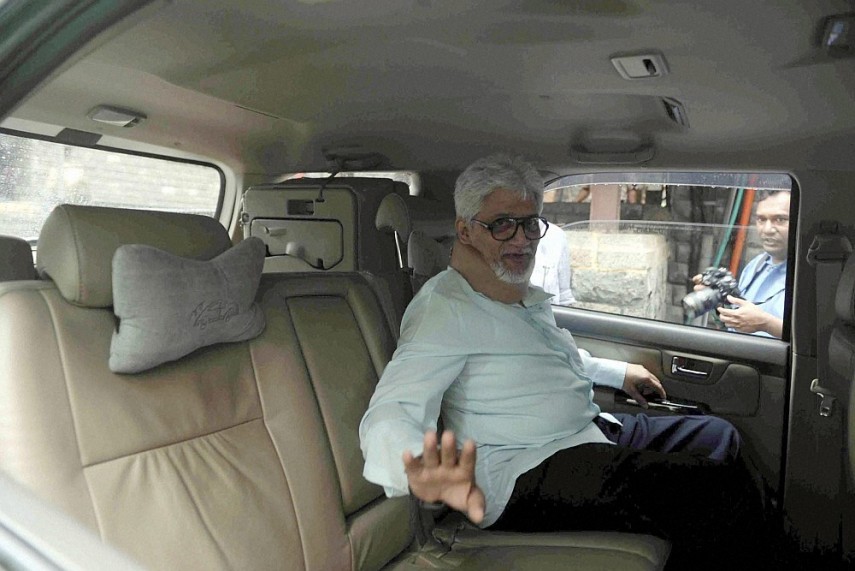 Print
A
A
A
increase text size
Outlook July 19, 2016 20:33 IST Jaidev Says Bal Thackeray Wanted Him to Be His Political Heir

Jaidev Thackeray, the son of the late Shiv Sena supremo Bal Thackeray, today claimed before the Bombay High Court that his father wanted him to be his political heir, but he himself was not keen, while his ex-wife Smita had her own political ambitions.

He also alleged that his brother and the present Shiv Sena president Uddhav Thackeray had his (Jaidev's) name removed from the ration card in the name of the family.

Jaidev, Thackeray's estranged son, has challenged the Sena supremo's will of December 2011 which bequeaths a large chunk of the estate to Uddhav and does not give him anything.

He told the HC that as far back as 1973, during Sena's early years, he used to accompany his father Bal Thackeray to meetings.

"He always nursed a desire that I should be his political heir. But I did not cherish this and wanted to keep away from politics," he said, during the cross-examination by Uddhav's lawyer Rohit Kapadia.

"I was never interested in joining the politics because it is a different ballgame altogether," he said.

To a question, Jaidev said, "My previous wife Smita had political ambitions. I tried to reason with her that we were comfortable in our own way and I had no interest in politics. However, her involvement continued to grow.

"After my mother passed away in 1995, I told Smita we were neglecting our son Rahul...And it was inappropriate for her to meet official visitors at Matoshree (the Thackeray residence)," he said.

However, Smita insisted that she wanted to pursue her career in politics, he said. "I even suggested to her that we should shift to my flat at Kalina so that we can stay as a family," he said.

Jaidev said when he mooted the idea of shifting to the Kalina flat, Bal Thackeray had undergone a bypass surgery.

The disagreements between he and Smita were becoming too much for his father and it was he who suggested that he (Jaidev) should spend his nights at the Kalina flat, he said.

During the day he stayed with his father at Matoshree, he said. "It was my father who had suggested that I should stay temporarily in Kalina so that there are no disputes. He also did not like Smita's involvement in politics."

Jaidev said that after the death (in a road accident) of Bindumadhav, (another son of Bal Thackeray), his mother wanted the whole family to live together at a rebuilt and expanded Matoshree.

When reconstruction was going on, he also contributed in cash for the construction expenses, but kept no receipts from the contractor, he said to a question.

"From 2003 onwards, Uddhav's influence over the family and household was increasing. In 2005, someone came to me with certain documents and asked me to sign. I noticed that my name was being removed (from the ration card) so I asked him who had sent the papers. He said "Saheb" has sent," Jaidev said.

When he took up the issue with his father, the latter assured him that he would find out who was behind it and take corrective steps, but it did not happen, Jaidev said.

Bal Thackeray passed away in November 2012 after a prolonged illness. Jaidev has challenged his will on the ground that his father was of "unsound mind" and was influenced by Uddhav when he signed the will on December 13, 2011.

The cross-examination before Justice Gautam Patel would continue tomorrow.