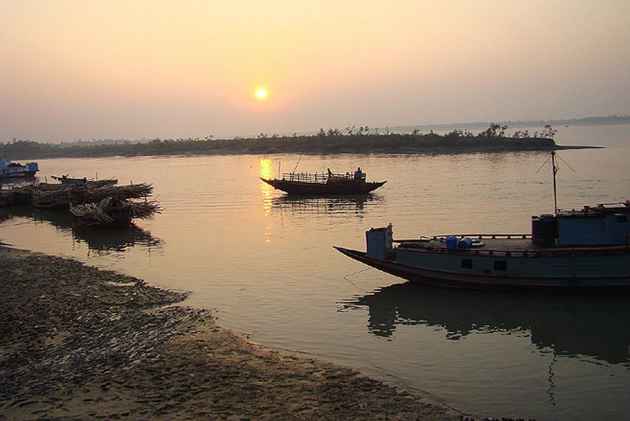 The Sundarbans, a natural world heritage site spread across India and Bangladesh, is facing major threats from increased shipping and industrial activities, says a latest report by a leading global conservation agency.

International Union for Conservation of Nature (IUCN), the advisory body on natural World Heritage, has recommended action to tackle major threats in listed sites, including the Sundarbans, home to iconic royal Bengal tiger.

A total of 55 natural World Heritage sites including the Sundarbans have been monitored by IUCN this year, in collaboration with UNESCO's World Heritage Centre.

"Natural World Heritage sites facing threats include Doñana National Park in Spain, a crucial wetland for migratory bird species which is threatened by unsustainable use of water for agriculture; and the Sundarbans in Bangladesh – home of the world's largest population of tigers, together with India's Sundarban National Park, which is exposed to a number of threats including a coal-fired power plant project, increased shipping, and reduced inflow of freshwater," the report said.

At present, 18 natural sites are listed as 'in danger' out of 238 listed for their outstanding natural value, IUCN said.

IUCN has found that the Sundarbans does not currently meet the requirements for inscription on the List of World Heritage in Danger.

It said immediate implementation of the recommendations related to the freshwater flows, large scale developments in the vicinity of the property and integrated management is imperative to prevent the OUV (Outstanding Universal Value) of the property from becoming irreversibly damaged.

"It is therefore recommended that, in the absence of substantial progress with the implementation of the above, the Committee should consider inscribing the property on the List of World Heritage in Danger at its 42nd session," it said.

According to WWF, the Sundarbans forest is about 10,000 sq km across India and Bangladesh, of which 40 per cent lies in India, and is home to many rare and globally threatened wildlife species such as the estuarine crocodile, royal Bengal tiger, Water monitor lizard, Gangetic dolphin, and olive ridley turtle.

The forest in India is divided into the Sundarbans Tiger Reserve and 24 Parganas (South) Forest Division, and together with the forest in Bangladesh is the only mangrove forest in the world where tigers are found.

Continue FREE with Ads Pay Rs. 1 to Read Without Ads
READ MORE IN:
National
Next Story : Libya: At Least 141 People, Including Civilians, Killed In Attack On Airbase
Download the Outlook ​Magazines App. Six magazines, wherever you go! Play Store and App Store