'It's Alarming. We Are In Deep Trouble,' Says Andhra Pradesh's Finance Minister On Economic Situation 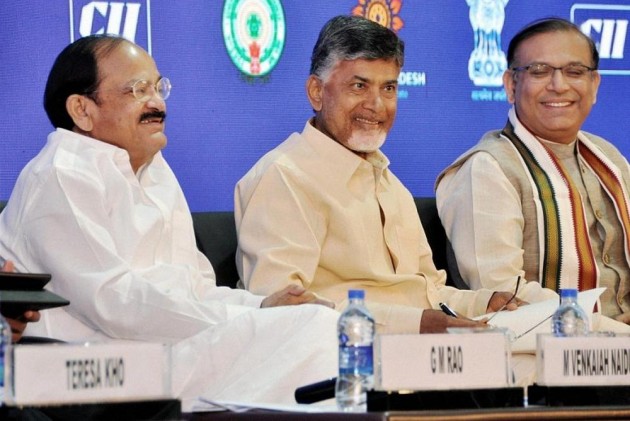 Print
A
A
A
increase text size
Outlook January 10, 2017 15:51 IST 'It's Alarming. We Are In Deep Trouble,' Says Andhra Pradesh's Finance Minister On Economic Situation

"It's alarming. We are in deep trouble," the Finance Minister told the press on the sidelines of a pre-budget meeting here this afternoon.

He attributed the situation to a sharp drop in revenues and an "extraordinary" hike in both fiscal and revenue deficits in the 2016-17 budget.

"The revenue deficit has been increasing abnormally. As against the budgetary estimate of Rs 4868 crore, revenue deficit is shooting up to a staggering Rs 14,134 crore. Likewise, the fiscal deficit is touching Rs 24,000 crore against the estimated Rs 20,497 crore. This will be about 3.6 per cent to 4 per cent, much above the 3 per cent norm under the Fiscal Responsibility and Budget Management Act," Yanamala said.

The Finance Minister said the state's revenue has decreased by seven per cent in December, as compared to November post demonetisation, but did not specify the exact amount of shortfall.

"We are still computing the figures," he added.

"The departments have now come up with fresh proposals for an additional expenditure of Rs 22,160 crore, over and above the budgetary allocations. We have to borrow heavily for this and we are seeking a one per cent relaxation in the FRBM limit. The Union Cabinet has to take a decision on this," Yanamala said.

"We are spending more on energy, infrastructure, capital city, water resources and panchayat raj and rural development. This is a good sign of development," he noted.