It is Govt's Job to Protect Rights of Gays: Vardhan 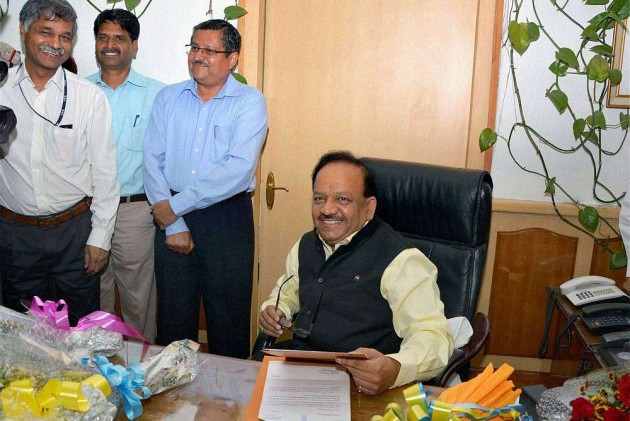 Health Minister Harsh Vardhan today batted for "human rights" of gays and said it was the government's job to protect their rights.

"Everybody, including gays, has human rights. It is the job of the government to protect their rights," he said on the sidelines of an event.

He, however, declined to make further comments when asked to explain his position as his party, BJP, had supported the Supreme Court judgment which had upheld the validity of Section 377 of IPC, criminalising sex among homosexuals.

BJP, which was in opposition when the Supreme Court judgement came last year, had said it was for the government to decide the next course of action over the matter, and the party would take a position depending on the official move.

The SC is at present hearing a curative petition on the matter.

Senior BJP leaders have spoken in different voices over the issue and then party President and present Home Minister Rajnath Singh had termed gay sex "unnatural."

Another senior leader and present Finance Minister Arun Jaitley had taken a more liberal position, saying he tended to agree more with the Delhi High Court order decriminalising gay sex, which was later overturned by the apex court.