IT Companies Have Ganged Up To Keep Salaries of Freshers Low, Says Mohandas Pai 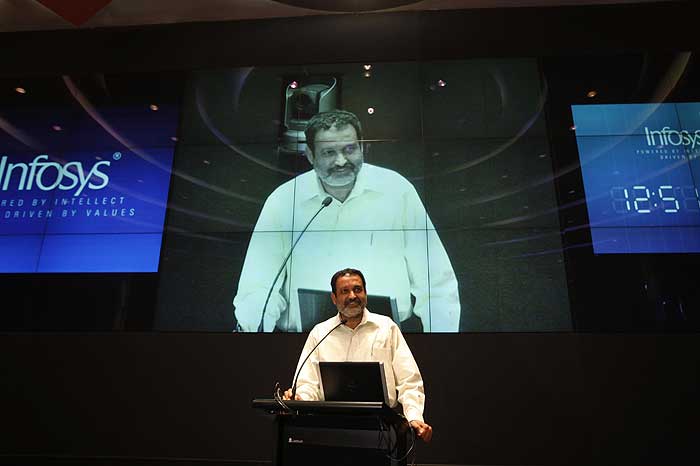 Print
A
A
A
increase text size
Outlook February 22, 2017 12:23 IST IT Companies Have Ganged Up To Keep Salaries of Freshers Low, Says Mohandas Pai

"That's the problem with Indian IT (industry). Indian IT is not paying its freshers well. And in fact, big companies are coming together talking to each other not to increase their salary," he told PTI.

Reports indicate that as against offers of Rs 2.25 lakh per annum that used to go out for freshers two decades ago, they have risen only to Rs 3.5 lakh now, which suggests a massive decrease in real wages from an inflation-adjusted perspective.

Pai, who served as Chief Financial Officer at Bengaluru-headquartered IT major Infosys Ltd from 1994 to 2006, said it's a very sad fact that big companies are talking to each other not to increase freshers' salaries.

"Because if we don't increase salaries, good people (bright talent) will not come," he said.

According to him, now, majority of people who join the IT services companies come from tier-2 colleges who no doubt are "smart people."

"But we need people from tier-1 colleges also to come. So, it's a big, big challenge; they have to increase payment to freshers too," he said.

Pai, who was head of infrastructure, administration, human resources, facilities and education and research at Infosys from 2006 to 2011, said the practice of top IT services companies talking to each other not to raise freshers' salaries has been going on for past 7-8 years.

"They are not raising because there is surplus capacity. People are desperate for jobs. That's why in one to three years, there is high attrition (young engineers leave within three years). The high attrition is because people are unhappy with payment (salary)," he said.