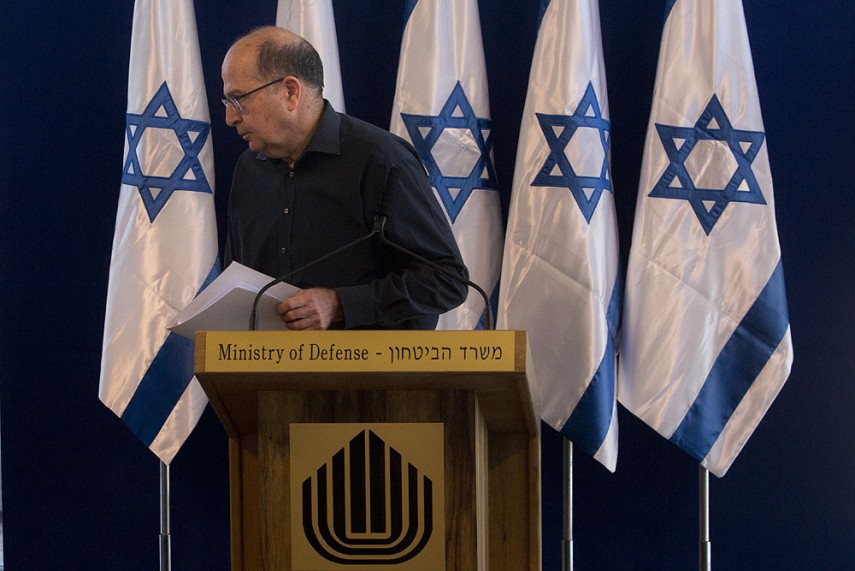 Print
A
A
A
increase text size
Outlook May 22, 2016 23:34 IST Israeli Defense Minister Officially Steps Down

Israel's defense minister officially stepped down today, capping a tumultuous week of politics that is expected to result in the replacement of the former military chief with an inexperienced hard-liner in the sensitive post.

Moshe Yaalon's departure cleared the way for Avigdor Lieberman, one of Israel's most polarizing politicians, to take over as defense chief.

But Lieberman reportedly demanded the Defense Ministry as a condition, forcing Netanyahu to ask Yaalon to step aside. Yaalon angrily announced his resignation on Friday, saying the government has been taken over by "extremist and dangerous elements."

Netanyahu and Lieberman were still negotiating their coalition agreement today, and it was unclear when he would formally join the government.

Yaalon held a brief ceremony at Israel's military headquarters in Tel Aviv, where he was greeted by an honor guard and shook hands with the military leadership. After the ceremony, he was whisked away in a jeep.

Yaalon, like Netanyahu, is a security hawk who was deeply skeptical of peace prospects with the Palestinians and led the military through a 50-day war against Islamic militants in the Gaza Strip in 2014.

At times, he angered the US by criticizing American peace initiatives in the region as naive or messianic. But he was protective of the military when it came under fire from ideologically-driven hardliners.

His departure leaves the Cabinet dominated by religious and ultranationalist ministers who oppose the establishment of a Palestinian state and have close ties to the West Bank settler movement. Lieberman himself is a West Bank settler.

At an appearance with the visiting Czech prime minister, Netanyahu described himself as an experienced former army commando who remains in charge of security.

"Ultimately the prime minister leads the operations, along with the defense minister and the chief of staff, and apparently I have not done a bad job during my years as prime minister," he said.

"This is how it will be now: a responsible, forceful and rational policy to defend Israel."

In a three decade political career, Lieberman has at times been Netanyahu's closest ally and at other times a rival.