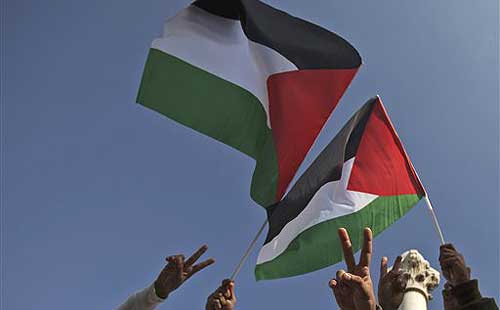 outlookindia.com
-0001-11-30T00:00:00+0553
Ending its three-week offensive against Hamas in the Gaza Strip that left over 1,200 people dead, Israel today declared a unilateral ceasefire, but Palestinian militants fired a barrage rockets into the Jewish state hours after the "fragile" truce took hold stoking fears of fresh violence.

The ceasefire came into effect at 2 am local time (0530 HRS IST) after Israeli Premier Ehud Olmert made an announcement in this regard last night.

"We have reached all the goals of the war, and beyond," Olmert said. "Hamas was hit hard, in its military arms and in its government institutions. Its leaders are in hiding and many of its men have been killed."

The truce was announced after 22 days of fighting that killed over 1,200 Palestinians, half of them civilians, according to Palestinian and UN officials. Thirteen Israelis, including three civilians, also died.

Responding to the Israeli announcement, Hamas said it did not consider Olmert's declaration a ceasefire as long as Israeli troops remain in the Palestinian territory.

"The troops on the ground is a declaration of war against the Palestinians," Osama Hamdan, a representative of Hamas which rules Gaza, was quoted as saying.

Hours after the truce came into effect, Gaza militants fired a volley of rockets into southern Israel and exchanged fire with troops in northern Gaza, reports reaching here said.

The Qassam rockets were fired by Palestinian militants into Israel's Sderot area seven hours after Tel Aviv's ceasefire went into effect, but no one was injured.

The gunfire exchange in northern Gaza occurred after Palestinian gunmen opened fire on Israeli forces, forcing them to retaliate, the Israeli military was quoted as saying.

Israeli Defence Minister Ehud Barak had also said last night that there was "no guarantee" that Hamas would stop firing rockets and asserted that the army would retaliate if it happened.

Israel had launched the offensive in Gaza with the aim of stopping the barrage of rockets fired by Hamas fighters from the territory into southern Israel.

Olmert last night said that the Israeli forces would continue to be deployed in Gaza and its surroundings.

"Our fight is not with the people of Gaza," Olmert had said at a press conference in Tel Aviv after a security cabinet meeting.

"We left Gaza in 2005 with the intention of never returning," he said, referring to Tel Aviv's unilateral withdrawal of troops and settlers from the territory under former prime minister Ariel Sharon.

However, Olmert said, "if Hamas entirely ends its rocket fire on Israel, Israel will consider an IDF (Israeli Defence Forces) withdrawal from the Gaza Strip."

In his reaction, Saeb Erakat, the chief Palestinian negotiator during diplomatic talks about the conflict, noted that Olmert did not say Israeli troops would be leaving Gaza.

"I'm afraid this means the ceasefire will not stand -- it will break," Erakat told CNN. "Anybody can fire a shot now ... . It's a very fragile moment."

Islamic Jihad, an extremist group operating in Gaza, said the ceasefire was an Israeli decision that would not impact its actions, the report said.

Quoting Palestinian medics, the reports reaching here said that at least 40 bodies, including that of children, were pulled from the rubble in Gaza on the first day of the truce.

The Israeli unilateral ceasefire came two days before the US President-elect Barack Obama's inauguration on January 20.

It also came ahead of an international summit being hosted by Egypt and attended by several European leaders and UN chief Ban Ki-moon, in a bid to bring lasting peace to the troubled region.

Outgoing US Secretary of State Condoleezza Rice welcomed Israel's decision to declare unilateral ceasefire in the Gaza Strip and highlighted the need for "durable and fully respected" truce in the troubled Middle East region.

"The United States welcomes the cessation of hostilities in Gaza announced by Israel and expects that all parties will cease attacks and hostile actions immediately," Secretary of State Condoleezza Rice said in a statement in Washington.

Rice, however, maintained that the goal remained a "durable and fully respected" ceasefire that would lead to stabilisation and normalisation in Gaza.

In a statement, Ban described Tel Aviv's decision as the "first step" towards establishing a "durable and sustainable" ceasefire leading to the full withdrawal of Israeli troops from Gaza.