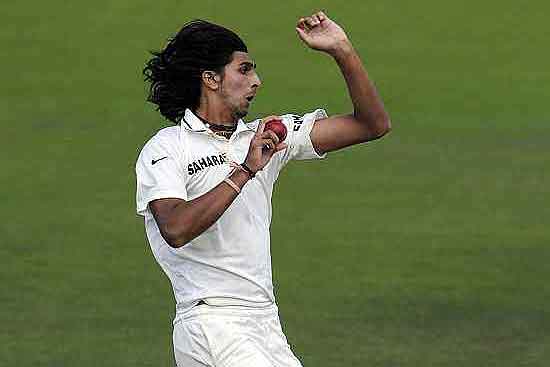 India fast bowler Ishant Sharma and three Sri Lankan players Dhammika Prasad, Dinesh Chandimal and Lahiru Thirimanne have been charged by the ICC for getting into an altercation on the fourth day of the third Test in Colombo.

"Ishant Sharma, Dinesh Chandimal, Lahiru Thirimanne and Dhammika Prasad have been charged by the ICC. Details to be announced after the conclusion of the Test," the ICC said on Twitter.

Ishant and Prasad yesterday got into a fight in the final over of the Indian second innings, which was being bowled by the Sri Lankan pacer.

Prasad bowled a couple of bouncers which Ishant left alone and had a smile for the Lankan pacer. A bit agitated, Prasad bowled a third bouncer, which was illegal and was promptly signalled a no-ball by the umpire.

Having exhausted his quota of two bouncers for the over, Prasad pitched one up and Ishant cut it towards point region for a single. But as he ran past Prasad, he started tapping his helmet with an obvious gesture to the fast bowler to try and hit him on the head.

Once the run was complete, Prasad had a few words for Ishant, who was in no mood to back out and walked upto him.

Just when they were exchanging words angrily, Dinesh Chandimal while passing grazed Ishant's shirt while with some words of his own which suddenly got Ravichandran Ashwin agitated.

Ashwin drew the attention of umpires Rod Tucker and Nigel Llong who then called up Angelo Mathews to tell him to calm his players down.

Still pretty angry at what happened, Prasad deliberately overstepped and bowled a fourth bouncer to Ishant after which he took a single.

The final delivery of the over saw Prasad dismissing Ashwin. But then as Ishant was trudging towards the pavilion, Prasad ran towards him and said a few words.